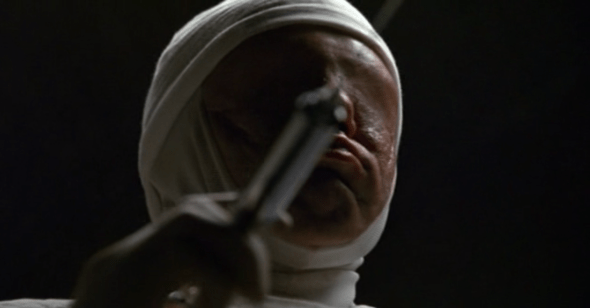 Fans will have to wait just a little bit longer for the revamp of the 1990 classic, “Jacob’s Ladder.”

The LD Entertainment remake has once again delayed its release date according to a report from Bloody Disgusting. Initially, the David M. Rosenthal project was slated for a February 1st release. A new date has not been officially announced as of this writing.

For those of you unfamiliar with the film, here’s a brief synopsis via IMDb:

“Mourning his dead child, a haunted Vietnam War veteran attempts to uncover his past while suffering from a severe case of dissociation. To do so, he must decipher reality and life from his own dreams, delusions, and perceptions of death.”

Jeff Buhler writes the script for the 2019 revamp, which was based on an early draft by Jake Wade Wall. The Hollywood Reporter has previously noted that the film’s producers are angling for the film to serve as more of a homage film rather than exactly mimic the original.

Actors Jesse Williams, Michael Ealy, Guy Burnet, Karla Souza, Joseph Sikora, and Nicole Beharie have all been cast in the film. Check out the trailer for the original “Jacob’s Ladder” (1990) here below: