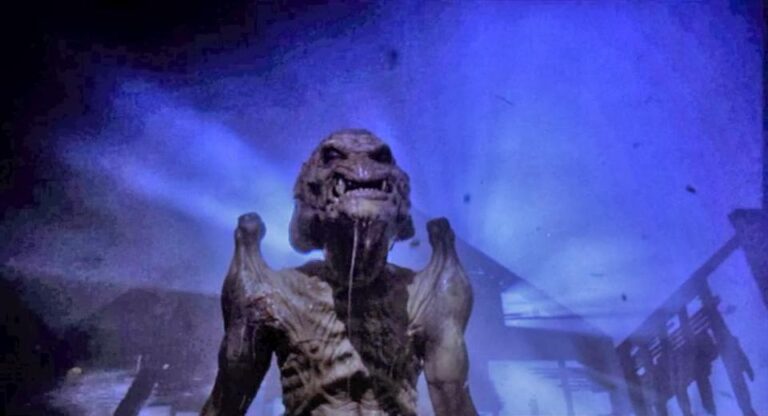 It was way back through the mists of time in 2016 when we first heard that cult horror movie Pumpkinhead was to get a remake.

Back then, it was reported that director Peter Block had acquired the rights to the film and was looking ahead to a remake. Then, nothing.

Recently however, the plans were resurrected (though sadly not by an old witch) with Block promising that big news on the project would be coming soon.

For those who don’t know, the original Pumpkinhead was a stalwart of the video store era of horror.

An old fashioned revenge fuelled creature feature, the plot centres around a father whose son is killed in an accident by kids on motorcycles. Seeking vengeance for the loss of his son, he enlists the help of an old crone who conjures Pumpkinhead to deliver some monstrous retribution.

Citizen Kane it wasn’t, but whilst the film was unlikely to win any Oscars for best screenplay, it did feature enough monster effects, gore and hammy acting to keep most horror fans, including me, entertained.

During an interview to promote his movie ‘The Shed’ Block was questioned about the proposed reboot responding that “We have some exciting news that I’m not allowed to share yet, but that should be making its way out soon”.

Keep it tuned to Horrornews.com, as soon as we know, you’ll know.