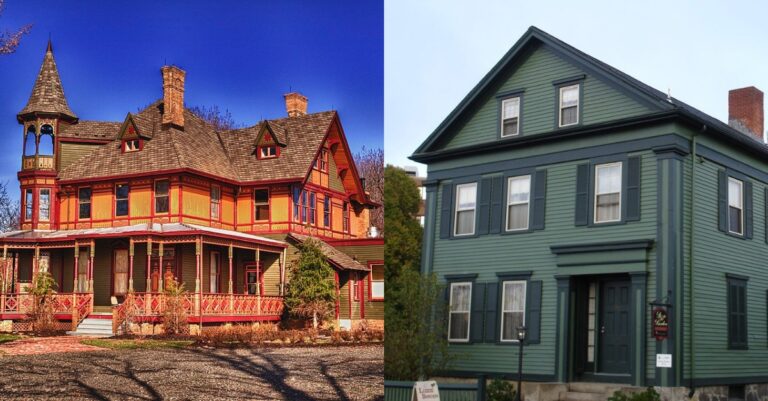 These five houses are some of the most horror filled houses in America that seize to exist, making them more terrifying than any other haunting. 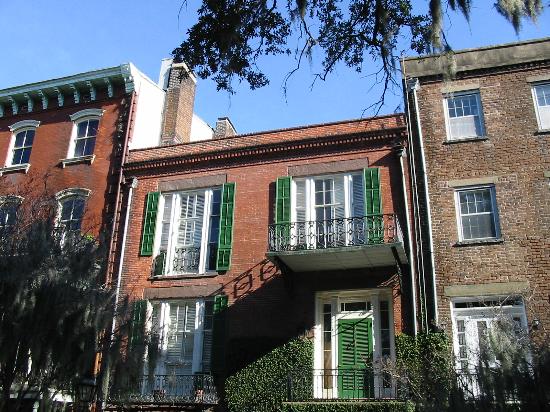 Conrad’s house from his childhood.

Pulitzer Prize winner Conrad Aiken and his family moved from their comforting home in New England to a new welcoming place in Savannah, Georgia. Despite from Conrad’s family being extremely wealthy, they also faced some uphill battles and overcame a lot of obstacles because his father was mentally ill. When Conrad was just 11 years old, he heard two bangs echo throughout the hall that came from his parents room. These bangs just so happened to occur when the argument they were having subsided. When Conrad went to go make sure everything was okay between his parents, he found that they were both dead- his father had killed Conrad’s mother and then turned the gun on himself. The current owners of the house have reported seeing strange orbs at random times during the day and night and have heard countless strange noises coming from somewhere in the house. Paranormal investigators have gone out to the house and investigated it for the family, and concluded that the souls of the Aiken’s are still living in their former home as if nothing ever happened to them. 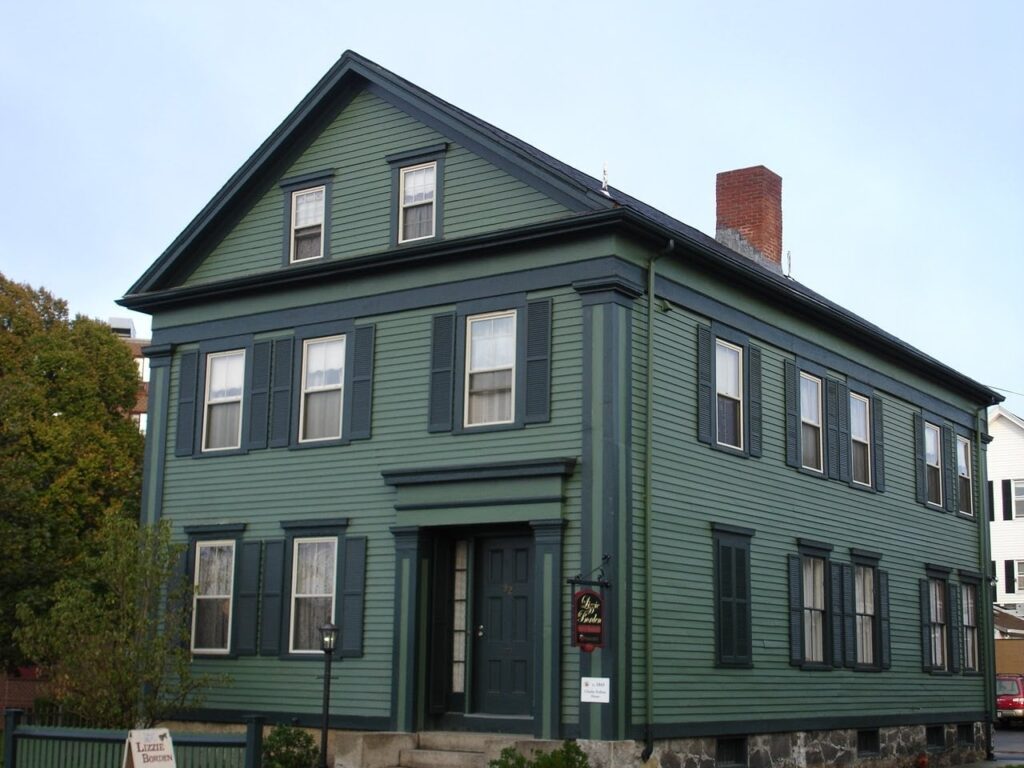 Lizzie’s house where she supposedly killed her parents.

I’m sure we all have heard of the infamous song “Lizzie Borden had an axe”. Well, Lizzie lived from 1860 to 1927 and gained fame after murdering her parents with an axe in their home, located in Fall River. Lizzie was acquitted of the murders, but she still remained the prime suspect to the public and no one since her has been charged for the death of her parents. In 1892, Lizzie took an axe, supposedly, and hit her mother 19 times in the head while she was attempting to make her bed. Later on in the day, while her father was resting on the couch, Lizzie supposedly approached him with the same axe she used to kill her mother and ultimately killed him in the same manner. When the trial was over, Lizzie returned to the home where her parents were murdered in Fall River and remained there for the rest of her life. People who have gone to visit the Borden house strongly believe that the Borden family is still living in the house because they have been seen walking throughout the house at various times. Other people claim that when they enter the basement, Lizzie is often times there, making the experience more terrifying than before. 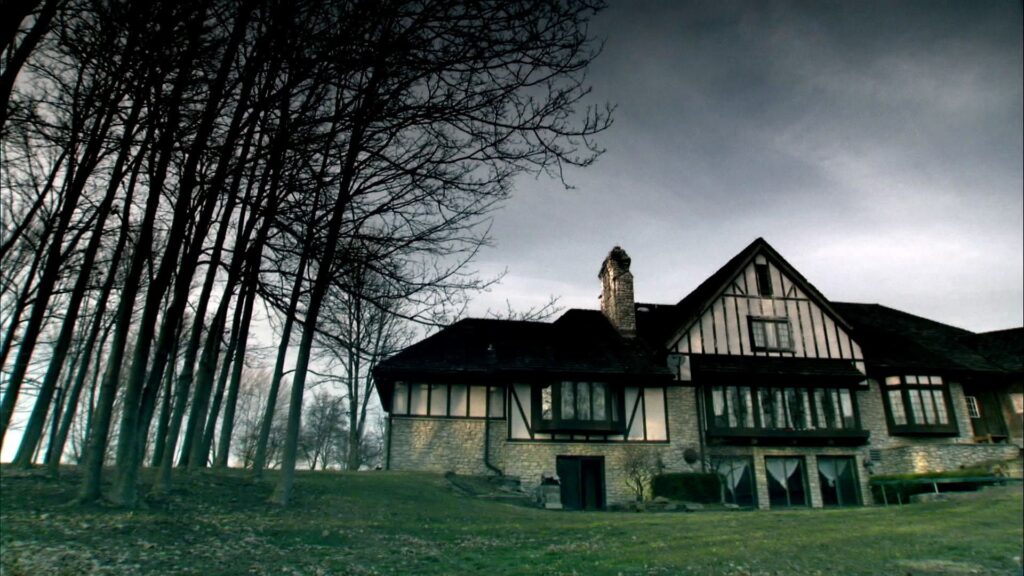 Gaining a small fortune for himself, Herb Baumeister became successful in a small line of thrift stores he owned. Because of his success, him and his family decided to move and settle down on the newly purchased 18-acre property that is located in Westfield, Indiana, where it gained its name as Fox Farm. Herb also became a certified serial killer as he would frequently go to gay bars where he would meet men and lure them back to his home. From there, instead of going through on his promise of giving them a night to remember, he ended up killing them and dismembered their bodies. When police caught wind of what was going on and identified Herb as a prime suspect, they gained permission to search his estate and upon their investigation, they discovered the remains of 11 men. Before the police arrived, though, Herb panicked and ended up killing himself, but he was still connected to various other murders that were unsolved. Many people to this day still don’t know just how many people Herb had taken the lives of, but from the moment his wife left Fox Farm, it remained abandoned and vacant and has been unfortunately tainted by Herb’s actions. After Fox Farm was vacant for a while, a new set of owners moved in. Rob and Vicki Graves purchased the property, despite the gruesome past it held, and they soon reported they were plagued by paranormal experiences. They would see strange visions of shadow people in their house and strongly believed they were the victims of Herb. One guest that stayed in an apartment that is connected to the farm claimed that they saw Herb himself one night as they were trying to sleep.

In Villisca, Iowa, the most gruesome murder took place in a quiet home during the year of 1912 in June. During the night, the six members of the Moore family, as well as two guests who were staying the night, were found brutally beaten to death by an axe. The most heartbreaking thing about this murder, though, was six of the victims in this case were children. No one was ever convicted for these murders, however, there was a mile long list of suspects that the cops investigated, including known killers that were in the area the time of the murder. One of the suspects that was tried twice for the murders was Reverend George Kelly, who was starting to send investigators a disturbing amount of accurate accounts about the murders and eventually broke down after being interrogated for hours and confessed to the murders. Unfortunately, he later took back his statement and reclaimed that he never committed such crimes, which lead him to be acquitted during his second trial. Because of Kelly retracting his statement and no other suspects seem to fit the mold, the case remains unsolved to this day. That doesn’t mean the house isn’t haunted by its former residents, though. People who have visited the house claim they hear children’s voices in various rooms and objects are often thrown across rooms as if invisible hands were throwing them. It has been deemed one of the most haunted houses in America because of all the paranormal activity that takes place there. 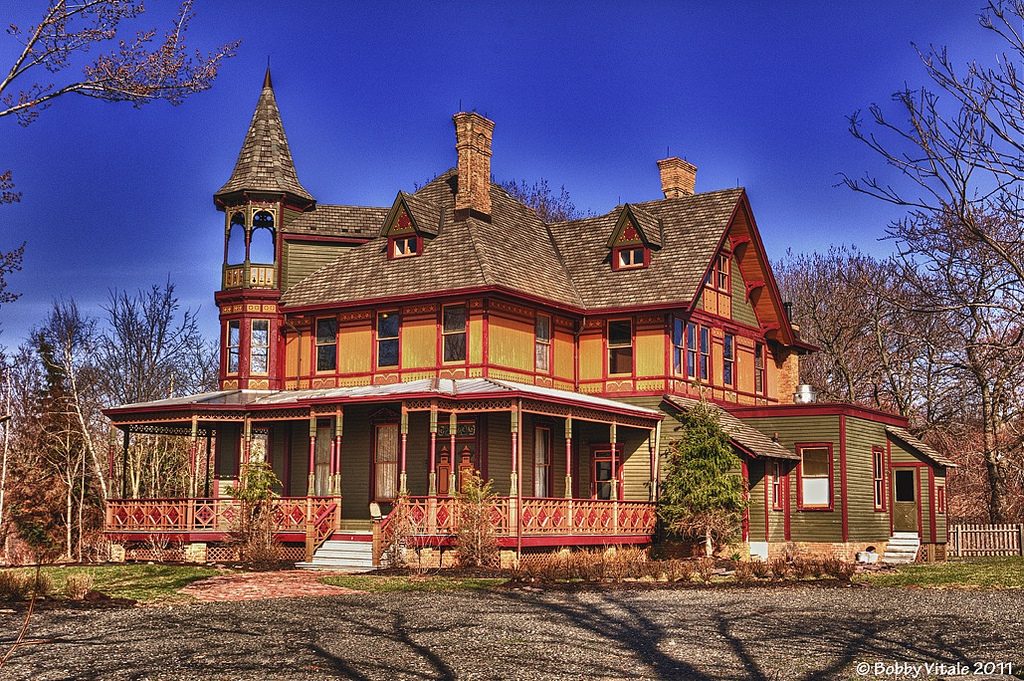 Edward Kreischer’s father decided to build a mansion in Staten Island, New York for his son during the late 1800’s. As the family business started to rapidly decline and become almost a complete failure to them, Edward decided to sadly take his own life in the privacy of his home. Edward and his wife are rumored to hang around the mansion, but a more gruesome and disturbing event took place at the mansion in 2005. Joseph Young became the caretaker of the property during this year, but he was also involved in the Bonnano crime family. This particular family ordered a hit for Robert McKelvey and Young was picked to be the person to execute the hit. One thing lead to another and some things turned terribly wrong during the plan and Young ended up stabbing McKelvey and drowned him in the pool. After that, Young removed the body from the pool, dismember McKelvey’s body and burned it in the furnace. Even though Young was sentenced to life in prison for the crime he committed, the ghosts remain permanent residents at the Kreischer mansion. However, if anyone is looking for a new place to live and is in the mood for a real life haunted mansion, the Kreischer mansion is on the market for $1.5 dollars and it includes some paranormal activity for free.

These are just some of the horror houses in the entire world. They have some of the most dark pasts with some gruesome endings for some people. They give current homeowners and visitors a scare every now and then, and if you get lucky, you may be able to see some of the former residents when you visit these horror filled houses.