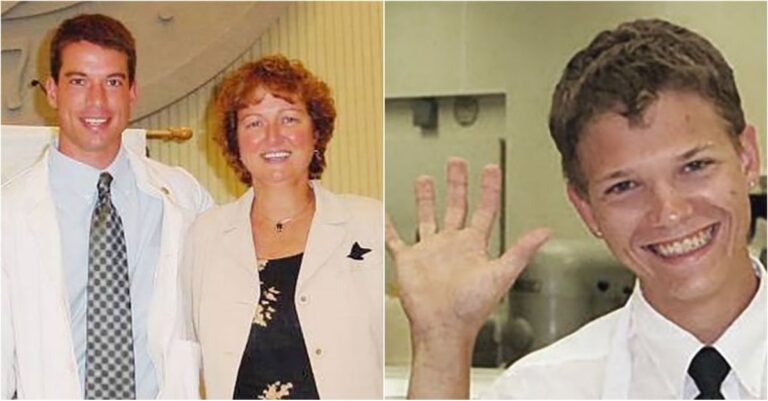 Stories about disappearances are always creepier than others. Partly because of the fact that most often the reason behind the disappearances is unknown, it is the mystery that surround these incidents which terrified us the most. The following are seven such incidents involving the disappearance of people who were never seen after.

Perhaps the creepiest story of the bunch, 19-year-old, Brandon Swanson was driving home at night in 2008 when his car crashed into a ditch. As he was unable to get his car ack on the road, he called him parents for a ride. He told them that he was near the town of Lynd, Minnesota. Upon reaching Lynd, his parents found no sign of Brandon or his car. The car was located in a ditch outside Taunton, Minnesota, which is about 20 minutes away from Lynd.

His parents fou­­­­nd this odd as Brandon was familiar with the way back home. Brandon was nowhere to be found. Some people presumed that Brandon may have been under the influence but his father said he spoke to him for 45 minutes and his son did not sound off.

Through the conversation, Brandon suddenly said, “Oh s***!” and then the line went dead. Authorities speculate Brandon may have fallen into a nearby river. But, seeing how his parents called him back multiple times, his phone would have stayed on land as it was operational. Their son was never seen or heard from again.

In the Great Smoky Mountains, Themla Melton set off hiking with two friends on a familiar and easy trail. Thelma was in great spirits and even hiked a bit further than her friends that day despite being overweight. She took a bend in the trail and when her friend followed a few minutes after she was nowhere to be found. She was never heard from or seen again.

In the 1760s, Owen Parfitt, who was incapable of moving on his own, disappeared. He was living with his sister who took care of him and his daily activities. One day, when she came to retrieve him from his usual chair, only his coat was found. No one in town confessed to moving Owen and he himself was incapable of moving.

Martha Wright and her husband Jackson in 1975 pulled over in Lincoln tunnel due to severe fog. They exited the car to clear the windshields with Martha taking the rear window. After Jackson was done, his wife was nowhere to be seen. The road was deserted and no other cars had pulled over. Some people speculate that Jackson killed his wife while others believe that the whole ordeal is an urban legend.

James Edward Tedford left his family in St. Albans, Vermont in November 1949 and went to take the bus to return to Bennington, Vermont, to his retirement home. 14 passengers confirmed seeing him asleep on his seat at the stop right before Bennington. However, when the bus arrived, he was not there. All his luggage was present but he was gone.

Oddly enough, a few years ago, Tedford returned from WWII only to find that his wife had disappeared from their property.

An OSU medical student, Brian Shaffer was having an evening out with friends. During the evening, they lost sight of him in the bar and they figured he had gone home or picked a girl up. However, when he never showed up after, they alerted the authorities. No sign of foul play was found and the CCTV footage showed Brian entering but not leaving the bar. Some speculate that the “Smiley Face Killer” got him.

40 kids and Damian McKenzie (10) set off for a camping trip when suddenly the group realized Damian was missing. He was not seen wandering off and no one remembers seeing suspicious persons in the woods. His footsteps stopped suddenly on the trail and the dogs could not pick his scent up. His body was never found either.

If these stories give you a case of the hibby jibbies you are not alone. A lot of these disappearances are often attributed to supernatural phenomena or even aliens. As these cases have never been solved and all plausible explanations were exhausted in determining the factors that caused them, it remains up to our wild imaginations to figure out what truly happened.