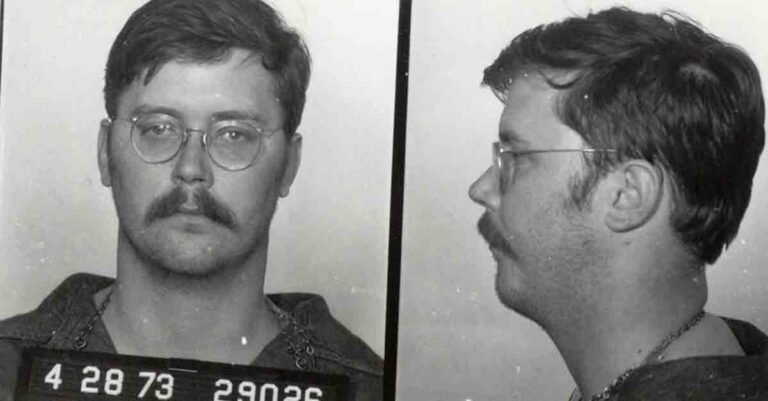 One of the most heinous yet overlooked serial killers in American history, Edmund Kemper III or “The Co-ed Killer” was recently revisited in “Mindhunters” – a Netflix series. He stood at 6 feet 9 inches had an IQ of 136 making him a rather intimidating killer. Kemper’s deadly impulses were evident from his childhood and troubling behavior. Young Kemper had a flair for decapitating his sisters’ dolls and on one auspicious occasion he even stalked his second-grade teacher with a bayonet.

His father, Edmund Emil Kemper II, was a veteran from World War II. He shared a damaging and loveless marriage with his mother, Clarnell Elizabeth Kemper.

Clarnell was not the ideal mother. She was an alcoholic and suffered from borderline personality disorder. Kemper’s dad who had grew worked in the Pacific on nuclear bomb tests said about his ex-wife: “suicide missions in wartime and the later atomic bomb testings were nothing compared to living with Clarnell.”

Clarnell refused to treat her son leniently as she feared it would “turn him gay.” She would also often berate her husband for in her opinion was his “menial” job. At an early age, Kemper displayed dark fantasies in regards to death and s**.

By the age of 10, Kemper killed the family cat. At 13, he killed another pet cat and saved the pieces in his closet until his mother discovered them.

Kemper’s father left the family in 1957, leaving him to the mercy of his mother and two sisters. By the age of 15, he was 6’4″ which terrified his mother and led her to push him to sleep in a locked basement. She feared that he would harm his sisters.

On a regular basis she scolded and abused him. She even told him that no woman would ever love him.

Kemper ran away from home at the age of 14 and left to California so he could live with his father. However, his father had already remarried and instead sent Kemper to live on the ranch with his grandparents. Kemper took this opportunity to release the pent up rage he had against his parents.

Kemper then proceeded to call his mother and ask what to do. Then he turned himself in. He was sent to Atascadero State Hospital in the criminally insane unit. This was where his IQ was tested for the first time.

Kemper was released from Atascadero into the care of his mother on his 21st birthday in 1969. Clarnell was working in the University of California in Santa Cruz as an administrative assistant now.

Kemper still regularly checked in with probation psychologists. However, based on his experience he knew what to tell them so as to be considered a low risk.

After a year passed, Kemper moved out and lived across Northern California. However, he returned to his mother’s place periodically every time he ran short of money. Around that time, Kemper embarked on a murder spree which involved picking up young female hitchhikers, killing them, performing necrophilia with their corpses and then dismembering them.

Anita Luchessa and Mary Ann Pesce were his first victims. He came across the two Fresno State students while driving around Berkley, Calif. Initially Kemper brought them to a secluded wood nearby where he planned on raping them. However, he panicked and ended up choking and stabbing the women to their death.

After killing them, Kemper stowed their corpses in his trunk and drove back to his place in Alameda. He was stopped by an officer on the way for his broken taillight, but his car was not searched. Upon reaching home, Kemper raped the bodies, dismembered them and placed them in plastic bags. Next, he disposed of them near Loma Prieta Mountain in a ravine.

As he was not caught, Kemper continued this method of killing. His next victim was Aiko Koo, a 15-year-old Korean dance student. During his encounter with Koo, Kemper was nervous and even accidentally ended up locking himself out of his own car. But, he was capable of persuading Koo to let him back inside.

Kemper ran out of money by early 1973 and so moved back to his mother on the UC Santa Cruz campus. His killings continued over there and he murdered 3 more college students that he picked from campus.

One of his victims’ dismembered head was buried by Kemper in his mother’s garden. He did it so it would face upwards towards his mother’s bedroom. When asked about his actions, Kemper said that his mother “always wanted people to look up to her.”

On April 20, 1973, Kemper killed for the final time. He bludgeoned his mother to death while she slept by using a claw hammer. He then decapitated her head and raped it before putting it on a shelf and playing darts on it. He also cut out her larynx and tongue and threw them in the garbage disposal.

Afterwards, Kemper invited his mother’s best friend to the house. He proceeded to kill her as well and stole her car. He drove off, heading to Colorado. Upon not hearing of the killings on the news, he called the police from a payphone and confessed to the murders.

The police thought this was a prank and urged him to confess to all the murders if he wanted to grab their attention. Upon being questioned behind his motive to turn himself in, Kemper said “the original purpose was gone…I just said to hell with it and called it all off.”

Kemper was arrested and convicted of eight counts of first-degree murder. He then attempted to commit suicide twice but failed an eventually requested the death penalty. He failed again and was instead sentenced to seven consecutive life sentences.

Edmund Kemper was held alongside Charles Manson and Herbert Mullin in the California Medical Facility. He is still imprisoned there to this day. Kemper has willingly participated in multiple interviews from law enforcement officials and reporters.

Edmund Kemper is a model prisoner at the California Medical Facility. He spent more than 5,000 hours narrating audio books for the blind and is kept in charge of scheduling other inmates’ appointments with psychiatrists.