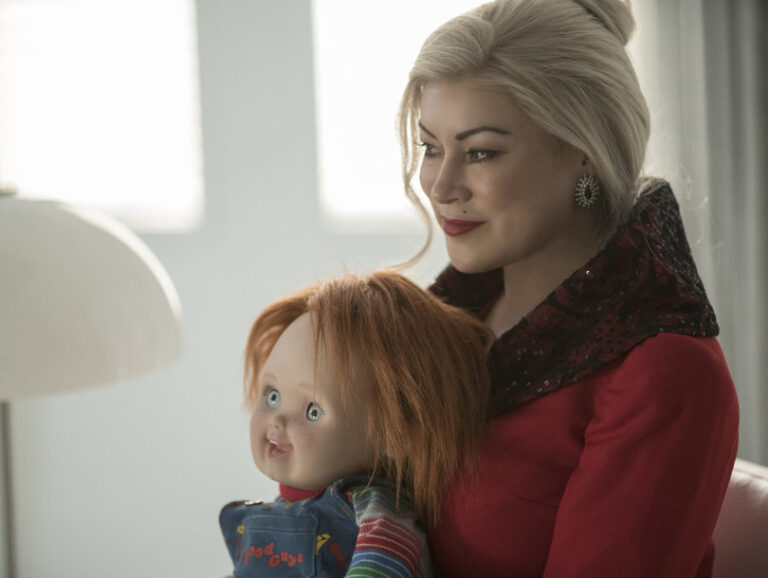 Alongside original creator Don Mancini as an executive producer and producer David Kirschner, Jennifer Tilly has now confirmed that she is reprising a role in the SyFy Chucky series that is set to begin filming this summer. Tilly could not confirm how many of the straight-to-tv series’ episodes she featured in but in an interview with Page Six she stated that “Chucky is very near and dear to my heart. All over the world, everywhere I go, I step off a plane to a country I didn’t even know existed, and they know one word, and that word is ‘Chucky,’ and they want a hug.”

The series description certainly does seem intriguing, and it kicks off when “a vintage Chucky doll turns up at a suburban yard sale, an idyllic American town is thrown into chaos as a series of horrifying murders begin to expose the town’s hypocrisies and secrets.”. The intrigue goes on however as “Meanwhile, the arrival of enemies — and allies — from Chucky’s past threatens to expose the truth behind the killings, as well as the demon doll’s untold origins as a seemingly ordinary child who somehow became this notorious monster.” The show’s director Mancini certainly seems happy that this time Chucky will not be terrorising the big screen, stating that being in an episodic format “will allow us to delve into characters and relationships in a way that we’re never afforded in just a 90-minute movie.”

It is unconfirmed exactly as to how Tilly’s character will be returning to the franchise, but with such a classic production staff already on board, it seems safe to say that she will be reprising her role as the classic bride of Chucky and that the show will be returning to its original roots.