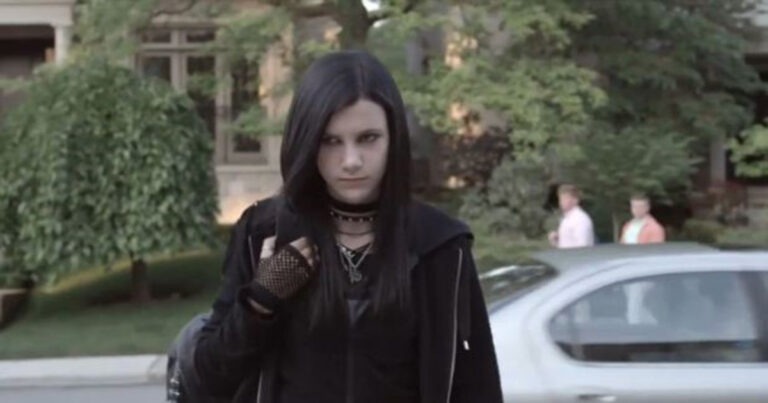 Even though World Goth Day was a couple of months ago we thought we would share with you this powerful ad from 2014 which features a goth girl trying to go about her schoolday whilst being rejected by society as a whole. The reason that we’re sharing it will become clear, but not till you reach the end of the ad so make sure you stick around for the whole thing and watch before you read on!

Created strangely enough by German DIY retailer Hornbach, this short heartwarming tale was part of their “Sag es mit deinem Projekt” campaign which translates into English as “say is with your project” and you can see another couple of inspired print ads created by them below.

Despite being for something as innocuous as building supplies the ad has a few clear and powerful messages. It says that a small amount of acceptance can make all of the difference in someone’s life. It shows how actions are much more powerful than words on both sides of the coin as even though not a single word is said throughout the story the effects are made clear through the unnamed goth.

Even though the ad goes slightly overboard with treating the goth-like a pariah through the scenes of people locking their car doors from the inside as she goes passed and retirees stopping and staring in the street it goes on to deliver a heartwarming message with its finale.

The end of the ad shows us not only what would seem to be the world’s fastest painter in the father who has painted a whole fence and house in the time between dropping his daughter off at school and her getting home but also how we can all affect the lives of others with acceptance and how you shouldn’t always judge a person by the way they look. A thoughtful message even in the current climate.