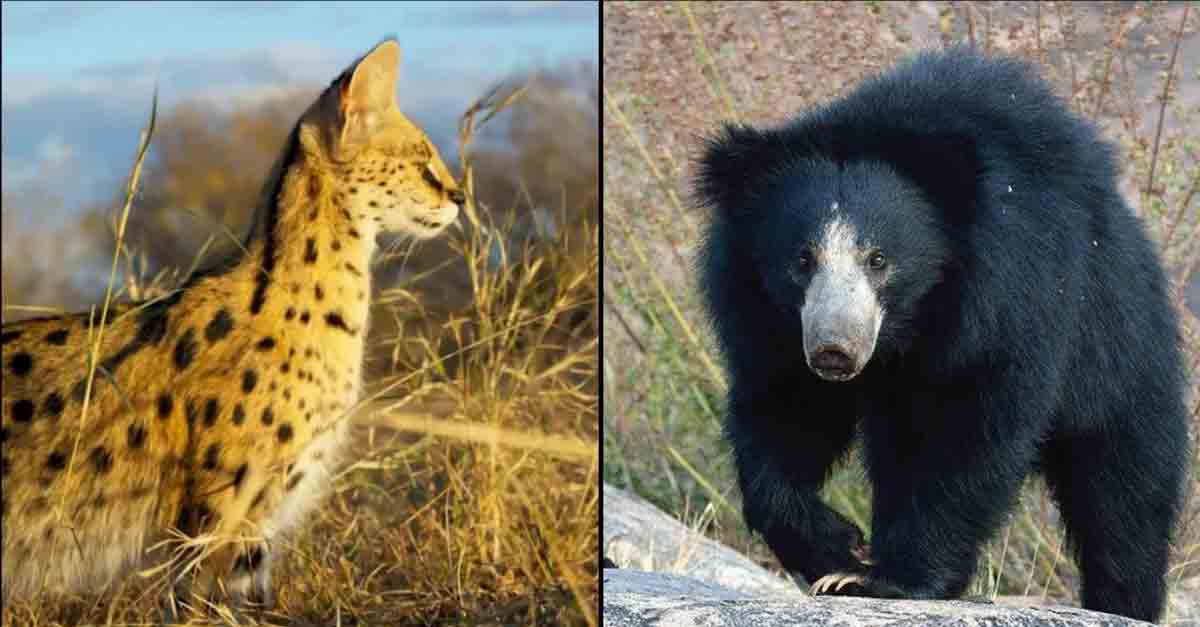 Man may be the most dangerous animal on earth but some instances put that up for questioning. Although there are plenty of serial killer who existed throughout history, there are some that will stun you. These serial killers who happened to be animals are astounding. Given the fair share of deaths that these animals are responsible for, one would not think that they were not humans.

It appears as if these animals had a hunger for killing humans without cause or purpose. Whether this stemmed from earlier psychological incidents that involved torture at the hands of humans or not is still vague. There is simply no quenching the thirst that these serial killers who happened to be animals have for the taste of human blood.

Tilikum in Chinook means friend. However, the deadly serial killer whale is anything but that. At the age of 11, Tilikum weighed a healthy 12,000 pounds. He performed tricks and was considered incredibly friendly. All his attendants loved and adored his charm. However, things took a grisly turn when Tilikum dragged a female visitor underwater after she accidentally fell into his tank.

The killer whale cleverly blocked her exit and tossed her around with hi other whale tank mates. As this was the first incident of the sort, it was written off as an accident and no one was held accountable. A while later the whale was transferred to SeaWorld in Orlando when his previous theme park Sealand closed down.

All was good until 1999, when another opportunity presented itself in the form of a 27-year-old homeless man. He sneaked into the theme park during afterhours in order to visit the whale. What happened next looked like a scene from the movies. The following morning, the homeless man was discovered dead, lying naked atop the whales back.

Still, nothing was confirmed and no one was suspected, not even the killer whale. 11 years later he drowned his trainer by snatching her off of dry ground. This was around when people started making a pattern out of his actions. However, no action was taken against the whale. He passed away naturally in 2017 on Jan. 6. You can say that he lives up to his name of killer whale.

Death: Shot in the chest by Kenneth Jackson, a professional monster hunter, after three failed attempts

The infamous sloth bear of India is a small animal that is easy to tame. It majorly feeds on insects that it picks out of crevices in trees by means of massive sickle shaped claws. Guess what else are such claws great for? Ripping the face of a human clean off.

The citizens of Nagvara Hills woke up one day to find a sloth bear amongst them who was hell bent on slaughtering them. Just about everyone attacked was found dead. Those who managed to flee were found with their faces mauled and battered. Within a number of days, about 36 people in the area were attacked.

Nothing stopped the sloth bear from its killing spree. Surprisingly enough, the motive behind the deaths was believed to be nothing more than just the desire to kill. It is fabled that the grizzly killing spree was fueled by the sloths quest for avenging her murdered cubs. Others presume that a hurtful injury led the animal to turn mad.

Death: Rumored to still be alive and killing

Alike most of the human serial killers, this killer snake proved that you need no motive to strike out and kill people. As a general rule, snakes only attack if threatened. But, this cobra needed no incentive to go on a killing rampage and earn a formidable title on the list of serial killers who happened to be animals.

For 10 days the cobra lashed out and killed everyone who crossed its path. The poison darts shooting out of its fangs killed even strong grown men. It was incredibly fast on its feet (do snakes even have feet?) that before its victim would realize that is was bitten, the snake would have already attacked another.

Birnin Kudu as a place had an overgrown weeds problem which allowed the snake more attack ground. The government looked into abolishing the weeds and this led to the snake relinquishing its attacks. It simply disappeared and never came back. In other words, the mass murderer cobra is still at large.

Death: Rumored to have been shot by a licensed hunter

Elephants are gigantic majestic creatures who possess the ability and power to kill whenever they want. However, when was the last time you heard of an elephant named Osama Bin Laden appearing on a list of serial killers who happened to be animals? It is unclear as to how the elephant earned that title.

For two whole years, the village of Sonitpur was terrorized by an Asian male elephant who killed a minimum of 27 locals. He chose to trample and gore people to death. Almost 14 people were killed in under 6 months. Homes and businesses were not spared from his terrifying form either. Yet, when search parties came looking for him, they never seemed to find him. He fitted seamlessly into the wilderness. What was worse is the fact that he had no fear of firearms.

The government soon issued an order allowing for the killing of Osama. It is believed that he was caught and shot outside of a tea estate. However, there are doubts about him never being shot at all and the wrong elephant being killed instead.

A series of cat predators suddenly went at large in the Indian subcontinent around 1907 to 1938. From leopards to tigers, the magnificent creatures decided to go berserk all at once. The killings marked by this cat gang were in 3 figure digits. The reason behind their sudden desire for human flesh is unknown to this day.

436 documented deaths are under the belt of the Champawat Tiger alone. These killings took place in Himalayan India and Nepal. This is by far a greater headcount than any human serial killer in the history of serial killers.

Champawat attacked during the day and its counterpart, the Leopard of Rudraprayag, chooses the night to commit the murders. At times Rudraprayag pounced in on its victims through the roof, pulling them away into the dark night. A close estimate of the head count is 1,200 inclusive of children, women and men. The gang of cats consisted of 33 big cats. They were at large over the course of 30 years. The legacy of terror they left behind is yet to be paralleled (not that it ever should be).

Col. Jim Corbett of the British Indian Army was able to bag every single one of the 33 cats over the duration of 3 decades.

The tales of these serial killers who happened to be animals are downright chilling to say the least. In a world where men fear one another, animals have proven that man is a weakling. The lack of intelligence and conscience in animals may have been the number one cause behind the relentless killings. Despite that, these animals are rarely spoken of or regarded with the terrifying respect they earned. Maybe the enemy is not the neighbor down the road after all or maybe its the elephant at the local circus.