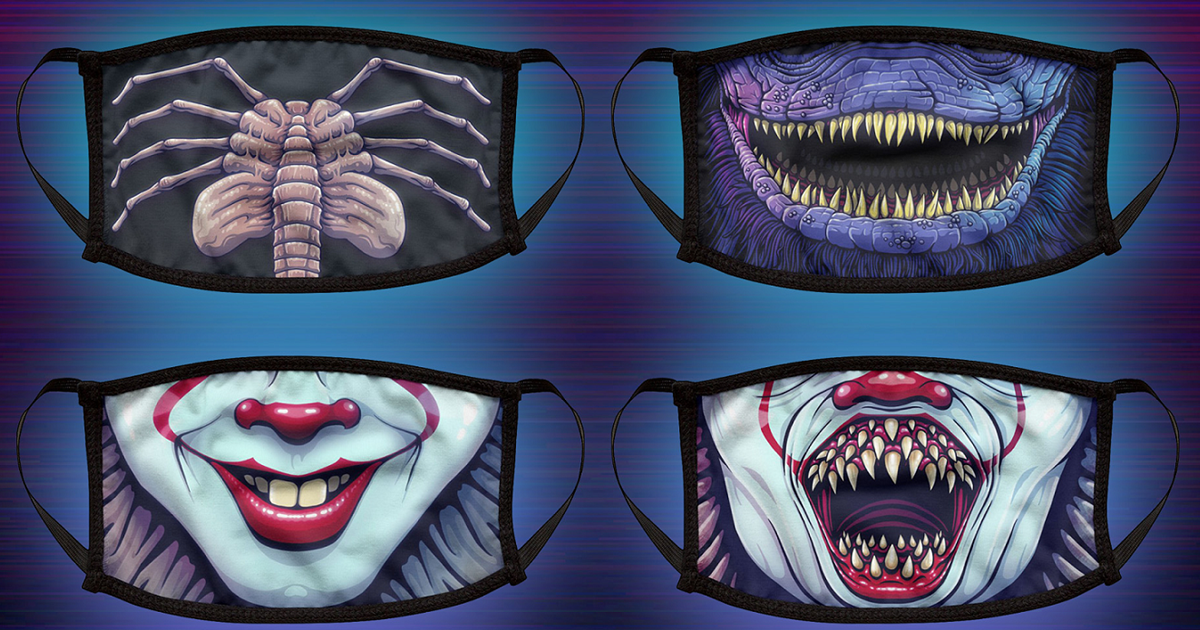 With protective face masks becoming increasingly more used and becoming mandatory in most countries, people are being quite creative with their designs. While some fashion lovers have looked to match their masks with their outfits, others have looked to movies for inspiration. This led to artist Rob Sheridan launching the Movie Monsters line back in May.

The initial line-up featured a wealth of well-known movie monsters and villains. This included the Chatterer, Jason Voorhees, the Predator, the Xenomorph from the Alien franchise, and Gill-Man. However, some fans thought this was somewhat limited. Luckily, Sheridan has launched a second series with several new characters featured on the masks.

The Movie Monsters masks, which measure 7.5 inches by 4.5 inches, cost between $14 and $20. However, a large portion of this price goes to the MedShare non-profit. According to reports, the charity collects surplus medical equipment from American hospitals and manufacturers and donates them to hospitals in developing countries.

The new mask line-up looks to capitalize on its predecessor’s popularity. Included are Pennywise the Clown from 2017’s IT, an Alien face-hugger, the Crites, and Hannibal Lecter. For good measure, Rob Sheridan even added in the cartoon versions of Batman’s Harley Quinn and The Joker.

There are also two versions of the Pennywise the Clown mask; one where the character is smiling and another where he is showing off his teeth. There are also two Hannibal-inspired masks. Alongside the titular character’s iconic mask is one featuring the film’s bug logo. Coupled with the rest of the masks, these could make for some great Halloween masks.

You can buy the Movie Monsters masks from Rob Sheridan’s Threadless site. Each of the masks are available in child and adult sizes. Alongside the villain-inspired masks, there are others drawing inspiration from The Matrix and other films, so there’s plenty to choose from.