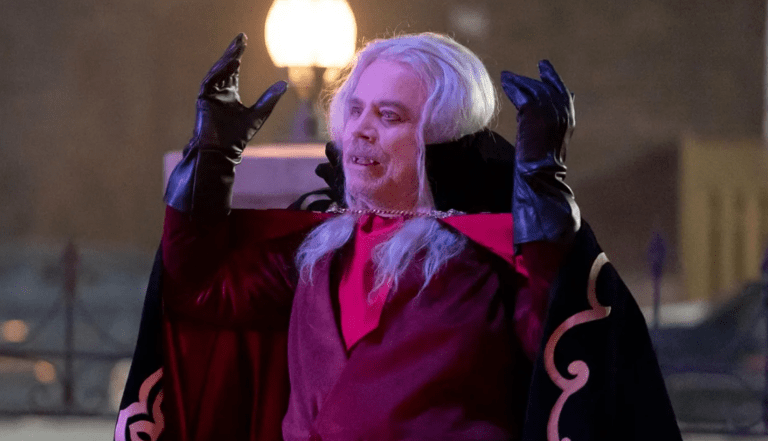 Following on from the May 4th celebrations, Star Wars fans are in for a surprise as Mark Hamill himself will be playing a major role in an upcoming episode of the truly hilarious What We Do In The Shadows series which you can watch on FX!

What We Do In The Shadows is a horror-comedy series based on the hit film of the same name and features many of the crew that worked on the movie, including Jermaine Clement and Taika Waititi. The series follows the lives of four vampire housemates in a mockumentary style as they try desperately to adapt to the modern world.

The episode in which he is listed as appearing is called ‘On The Run’ and will feature Hamill as a “vengeful enemy” who has a debt to settle with Laszlo, one of the previously mentioned vampires. This then leads to Laszlo fleeing his home in what we are sure is going to be a farcical series of events.

It was revealed in an interview with Entertainment Weekly that Hamill has been a fan since the 2014 release of the film stating that after being told to watch it by his son he found it “incredibly clever and compelling” going on to say that the title “combined the magnificent with the mundane”. Hamill’s love for the What We Do In The Shadows universe doesn’t stop there though as after seeing the series for the first time he commented that “The whole cast is one of the best ensembles in television history”.

When talking about how he approached the production Hamill noted that he would’ve been happy just to be able to visit the set, but was overwhelmed when he received a script which showed him playing the role of a vampire, he recalls that he “just about shot out of [his] chair”.

The episode that stars Mark Hamill airs on May 13 at 10 PM EST.