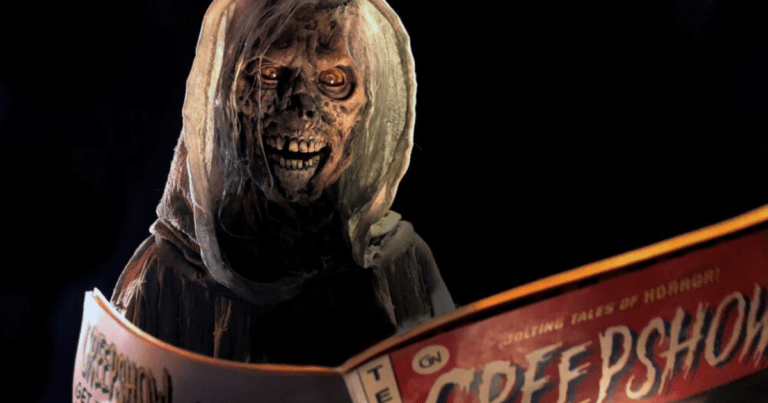 The AMC-owned streaming platform Shudder, heaven-sent for horror and supernatural buffs, has been winning with their Creepshow series.

An anthology series double-serving as a continuation of the beloved Creepshow movies from the 1980s, it narrates different grim horror stories peeled from the Creepshow comic book.

Because of its anthology nature, you are free to begin indulging in Creepshow in whichever episode you want to. However, if you’re a Stephen King fan, it’s best to start with its very first episode, wherein King’s short story “Gray Matter” was translated to screen. Tom Savini’s episode entitled “By the Silver Water of Lake Champlain” is also a must-see.

With this, it’s no surprise Shudder is slowly establishing this series as their signature show for their platform – like Netflix with their Stranger Things or Amazon Prime with The Boys or Hulu with Castle Rock.

Season 2 of Creepshow is officially arriving although production was postponed due to the pandemic. But nothing is stopping showrunner Greg Nicotero (also the producer of The Walking Dead) to halt all operations for this as Shudder has now given a “go” signal to create scripts for Season 3.

This news is a true sign of confidence for Shudder’s part not just quality-wise, but for the possible positive repercussions, this show is about to embark in the future.

Although the order is the only detail being unwrapped at this point, fans would be pleased to see an established filmmaker helming at least one episode in the future seasons. Eli Roth? Rob Zombie? Much better: Scott Derrickson, everybody?

What are your thoughts on AMC’s Shudder greenlighting the creator of Creepshow Season 3 even before Season 2? Are you a fan of the show? Share your reactions in the comments section below.