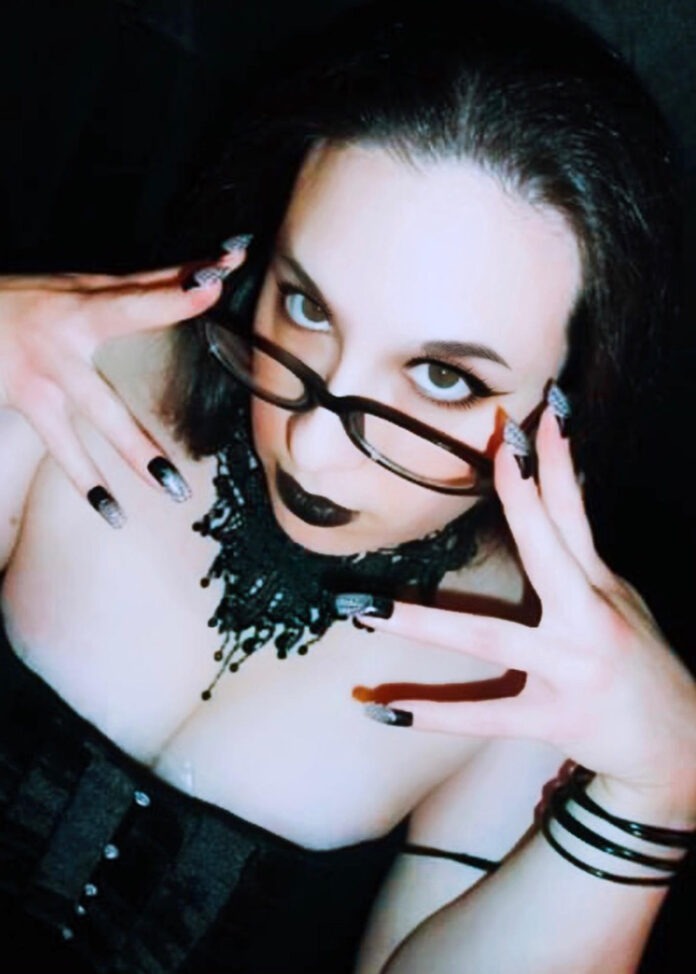 Reyna Young’s alter ego, Miss Misery, has been labeled by press as “The Queen of Horror.” Currently residing in the San Francisco Bay area of California with her husband John Gillette and son Logan, Reyna is a director and actress who has won many awards and accolades for her contributions to entertainment. She is proud to have more than 15 years of experience in Theater, Television and Film. Reyna is best known for her work in the horror and action genre films. She is most recognized as the late-night horror hostess of a popular syndicated show entitled “Movie Massacre” which she writes, directs and produces.

Reyna began taking dance, singing, tap dancing, martial arts and acting classes at a young age. She was inspired by Jamie Lee Curtis’ performance in “Halloween” and went on to star in commercials before breaking independent films and theater productions whilst she was in college. From there, she wrote and directed a short film.

When Reyna met her now-husband, John Gillette, the couple created Last Doorway Productions and started making short films together. On October 31, 2007, “The Last Doorway” debuted and introduced the world to Reyna’s alter-ego, Miss Misery. “The Last Doorway” lasted for 78 episodes before being asked by a station in Hayward to host late night movies. Thus, “Movie Massacre” was born and is now a syndicated television show. Reyna also hosted Zombie Proms around the bay area and ran a film festival showcasing the work of short horror films called “A Nightmare to Remember” for six years.

Reyna is currently busy producing, directing, and writing feature horror films in the industry. She recently took the time to discuss these projects via an exclusive interview.

Meagan Meehan (MM): How did you discover your love for performing and why do you gravitate towards the horror genre?

Reyna Young (RY): When I was younger, I was in a few commercials and after that I was hooked; my father was bringing me to audition to audition. I did some modeling for kid’s clothes and a few on camera stuff I can’t even remember, it was so long ago. I knew at a very young age that I wanted to be in the entertainment business. It wasn’t until I began to read horror books and watch horror films and TV shows like “The Twilight Zone,” “Monsters,” and “Tales from the Darkside” that I began to love horror. It all started at a very young age for me and the excitement of being scared is the one thing I love about horror.

MM: You started out as an actress and then moved into writing and directing. So how, exactly, did you come up with Miss Misery? What’s her character backstory? How is she similar and different from you?

RY: Growing up, I wanted to be lots of people and one of those was Elvira, I created the Miss Misery persona while thinking how I was going to get my foot in the horror genre door. I thought, why not go around the convention circuit and interview celebrities and indie film makers? So, I created Miss Misery, a fun-loving Goth beauty, your hot horror hostess. My first show “The Last Doorway” was strictly an interview show and after doing about 78 episodes of that I was given the chance to host films on a channel out of Hayward, California. I then created “Movie Massacre” and from there will now be going into my seventh season.As per Miss Misery’s personality, she is pretty much similar to my real self. She loves to wear black, loves anything horror, and listens to Elvis. She lives in her mansion with her sidekick, Mr. Torture, and one of the things they love to do is watch cheesy movies. The difference is I don’t live in a mansion, lol.

MM: How did you secure an outlet for your first television show and what has the process of becoming syndicated been like?

RY: My first show “The Last Doorway” was out of San Francisco public access, it wasn’t until my next show “Movie Massacre” which I was approached to do began to take a life of its own that I didn’t think would. Then I found myself on more stations and now I have my own Roku channel through Timeless Television! It’s been great, I get fan mail from all over, and I just love being a horror host.

MM: What is it like to work with your husband as a creative partner?

RY: It’s great! We’re very supportive of each other and do everything together. Of course, we can get frustrated at each other over things but we get passed it quickly. At first, I didn’t know if it would work but we get along so well and love each other so much that it’s just normal for us to run Last Doorway Productions together. John is my rock; I can’t see myself without him.

MM: You direct, produce, and write horror movies. How do you get ideas for scripts and what have been some of your personal favorite plots?

RY: My favorites would be hard to say, everything I do is fun in its own way. As for ideas, I have a notebook where I jot down ideas that I get and go back too. Everything I do or places I go or people I meet, basically my surroundings give me ideas, my dreams. It’s hard to say exactly where my ideas come from; I’ve always been a very imaginative person.

MM: How do you select which films to feature on “Movie Massacre”?

RY: My co-host and I go through the public domain films and choose which ones to host, or sometimes I just do it. We try to pick out cool ones as best we can. Soon enough we will be showing some indie films also by local film makers, very excited about that.

MM: Does your company ever work with other writers, actors, etc., and if so what kinds of projects are you presently seeking?

MM: What else are you currently working on? Can you give us any teasers regarding the plots of your upcoming films?

RY: Right now, I am working on editing my fifth feature film; the only thing I can give away is that it’s a ghost story. I am putting together an anthology book of short horror stories written by women, starting season seven of my television show and writing the script to my next feature. I also have my next “Monsters” book coming out at the end of February and my debut novel will be out in spring.

MM: What are your ultimate career goals?

RY: To eventually open up my own film studio.

MM: What other projects are coming up for you soon and is there anything else that you would like to mention?

RY: There are a few bands that have approached me to film their next music videos, so I can’t wait for that. The all women anthology, “A Scream in the Night,” will be coming out later this year as will my next feature film.

Trailer For The Modern Candyman Sequel Is Coming Soon

The Haunting of Hill House: Second Series of Netflix Hit Has Finished Filming