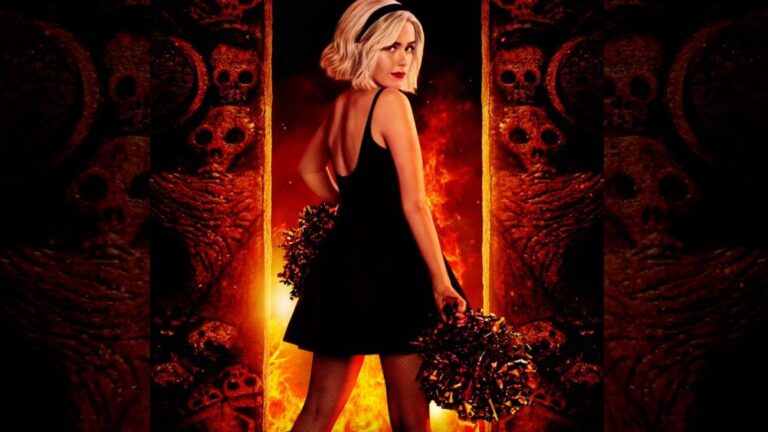 More Sabrina is heading your way as news breaks that Chilling Adventures of Sabrina part 4 has wrapped up filming. The cast of the supernatural Netflix show shared long-awaited snaps on their social media to commemorate this achievement.

Chilling Adventures of Sabrina is a dark coming-of-age story mixed with a strong portion of horror and occult. The show first premiered on October 26, 2018, and has been a force ever since its arrival.

Thankfully, Sabrina’s adventures are not over yet as part 4 will have another eight-episodes of spells and twists for us to sink our teeth into, metaphorically, of course…

We’re not the only ones excited by the news, as the series cast have been sharing pictures with fans online.

Kiernan Shipka, the actress behind the lovable Sabrina Spellman, took to Instagram to share some photographs to announce the season wrap.

More recently, however, the on-screen witch shared some images with Lucy Davis and Miranda Otto, the two actresses who play Sabrina’s aunties on the show, Hilda Spellman and Zelda Spellman, just to let them know how much love she has for them.

Miranda Otto also posted some pictures on her Instagram saying farewell to the cast for now. One of which read “The Spellmans have left da house for their annual mortal vacay.” alongside a list of hashtags which read #sabrinanetflix, #dontbringoutyourdead, #wedontevenhaveaskeletoncrew, #witchvacation, #seasonfourwrap.

Lucy Davis also got in on the celebrations, sharing a picture of herself alongside Kiernan Shipka, Miranda Otta, and show director, Rob Seidenglanz, while thanking each crew member for their grace, kindness, and humor.

Part 4 of The Chilling Adventures of Sabrina series will most likely debut closer to the end of the year, although no official date has been set.

Chilling Adventures of Sabrina follows a young girl who is half-witch, half-human, as she stands against evil beings and magical forces that threaten her and her family.