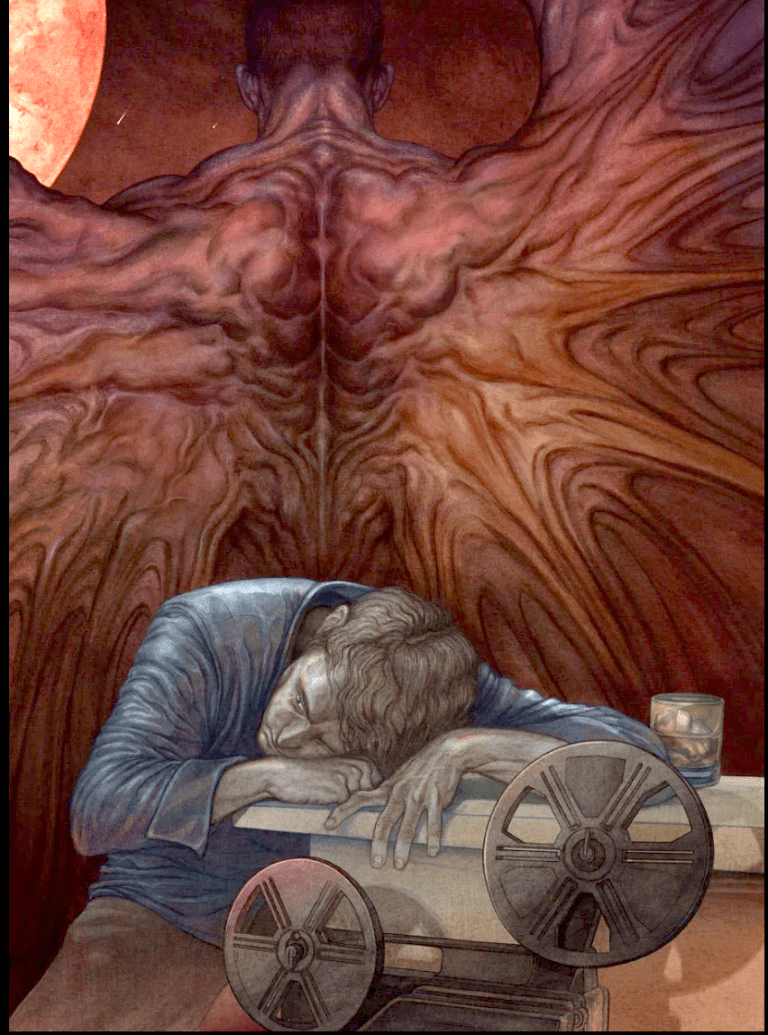 In a move that will have horror bibliophiles salivating like Hannibal Lecter over a fresh plate of liver with fava beans, Dark Regions Press have released a limited edition ‘Artist’s Gift’ edition of Thomas Harris’s classic thriller ‘Red Dragon’ featuring artwork by Jason Mowry.

Though it is often overshadowed by its more famous sequel ‘The Silence of The Lambs’, Harris’s ‘Red Dragon’ was, and indeed still is, a fantastic horror thriller in its own right.

Featuring the first ever appearance of the infamous and beloved cannibalistic killer, Hanibal Lecter, Red Dragon has been twice adapted for the big screen,

Firstly in 1986’s  ‘Manhunter’ in which a young William Peterson, known to most of the world as Grisham from CSI, plays Will Graham whilst Hannibal Lecter is played with devilishly wet lipped relish by esteemed British actor Brian Cox (seriously, if you have never seen Cox’s pre Anthony Hopkins take on Hannibal it is well worth searching out. The film, and particularly its synth soundtrack, is dated, but this performance alone makes it worth a look).

Secondly, in 2002’s Red Dragon, pitched to movie goers as a prequel to The Silence of The Lambs and featuring  Edward Norton as Graham and the incomparable Anthony Hopkins as the mind bending killer.

For many though, it is the detail and pacing of the novel that sticks most prominently in the memory, that and the imagery.

Those who have seen the latter film version of Red Dragon will no doubt have been struck by the many references to ‘The Great Red Dragon and the Woman Clothed in The Sun’ an image by the Romantic Poet and artist William Blake. The stunningly lurid watercolour features the great beast seen from behind in a fiendishly powerful twist of wings and muscles that is dazzling to behold and which features prominently in the film.

It is in this same sprit of mixing this dark imagery with the novel’s dark content, that Dark Regions have released their illustrated edition of Red Dragon with gorgeous illustrations by Jason Mowry, one of which shows a red clad human-serpent hybrid weighed upon from above by a devilish fiend. A striking image and one that fits perfectly both with the novel’s subject matter, not to mention with the Blake piece featured so heavily in the movie and referenced in one of Mowry’s other works for the edition.

The Limited Edition of Harris’s novel, which is limited to a 1000 copies, is available from Dark Regions Press.