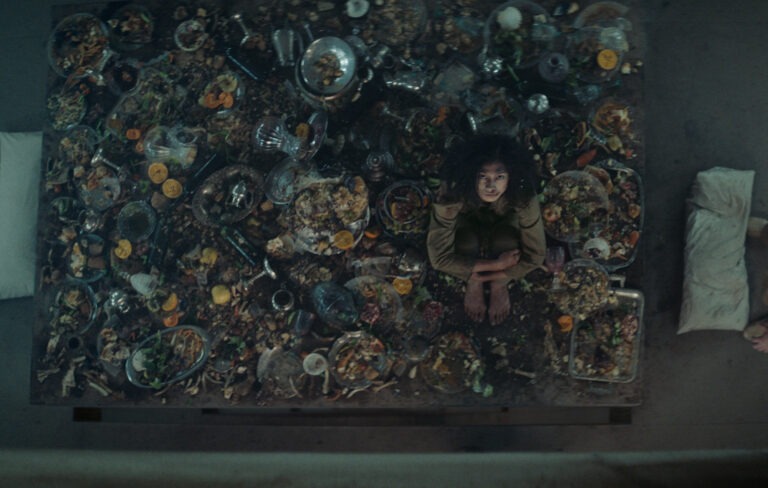 The Platform (Originally titles El Hoyo) is a Spanish sci-fi horror-thriller which was originally released in 2019. The Platform is set in a gigantic vertical prison where the inmates are fed by a platform that descends the levels all the way to the bottom. The catch being that even though there is enough food to feed all of the prisoners, those that get first pick of the daily offerings often take more than their fair share, leading to the eventual gruesome deaths of the other residents.

Directed by Galder Gaztelu-Urrutia in his feature film directorial debut, The Platform was premiered at the Toronto International Film Festival where it won the People’s Choice Award at Midnight Madness. The title has been extremely well received by both critics and thriller fans alike and with this new wave of foreign social commentary films, there may be a bright future in the genre.

The Platform is a commentary on the hierarchical nature of our own society and how those at the bottom don’t get what they need to survive because of the greed of those at the top, and the way in which The Platform‘s content hits close to home has not gone unnoticed.

Naturally, the Twitterverse is ablaze with mentions of the film, where most people are in awe of not only The Platform’s subject matter but also the grisly and brutal ways in which is presented and discussed. Check out a few of its mentions below.

Whether you’re a fan of either science fiction, international film or just the horror-thriller genre, The Platform is definitely one you need to check out for yourself. If there’s anything that we can learn from those that have already seen the film though, it is definitely not for the faint of heart.