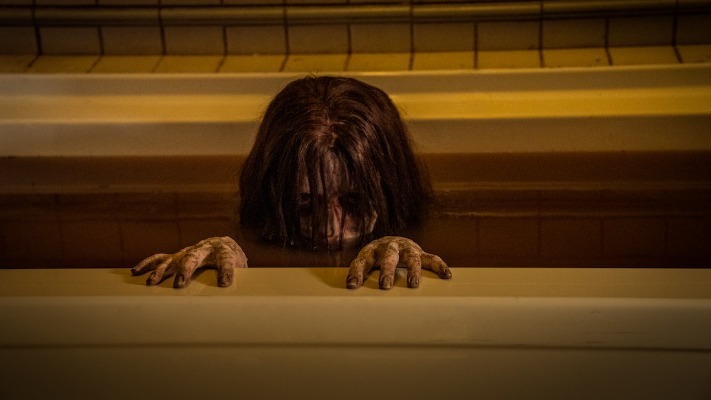 Columbia Pictures has released some photos from their upcoming remake of “The Grudge,” which hits theaters on January 3, 2020.

With the images, we get a look at one of the new “curses” are for the R-rated film. Nicolas Pesce directs the Sam Raimi production starring Andrea Riseborough (Mandy), which also stars Lin Shaye (Insidious), Demian Bichir, (The Nun), John Cho (The Exorcist), Betty Gilpin (Glow), Jacki Weaver (The Voices), and Frankie Faison (Coming To America).

“A house is cursed by a vengeful ghost that dooms those who enter it with a violent death.”

Check out some photos from the film below, including several from the set featuring Pesce: