Freaked DISCOVER THE ART OF PUBLISHING
Home Horror News Nickelodeon Reviving ‘Are You Afraid Of The Dark?’ TV Series Ahead Of Movie Release 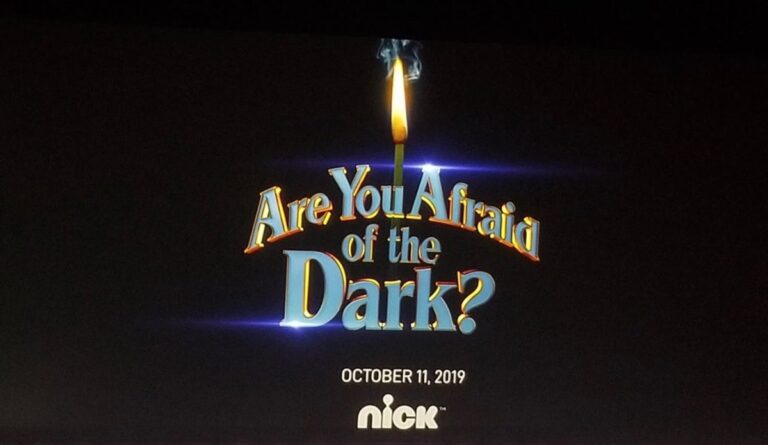 We recently mentioned that Nickelodeon’s old ‘Are You Afraid Of The Dark?’ TV series is getting a movie.

D.J. Caruso leads the project, which is based on the ’90s teen-friendly Nickelodeon series. Paramount will release the film on October 4, 2019. ‘IT’ writer Gary Dauberman is penning the script, and said the film will “honor the darker, scarier tone of the show.”

For those of you unfamiliar with the series, it’s based on a group of teenagers who go by the name, “The Midnight Society.” The Midnight Society would meet up in a secret location in the woods every week. A different member of the group would take turns telling everyone a scary story.

Now, Bloody Disgusting reports that, not only will ‘Are You Afraid Of The Dark?’ be getting a film, but Nickelodeon is actually reviving the TV series. It has been described as “a brand-new mini-series”. The re-launch will focus around new members of The Midnight Society. All that’s known is that the series will coincide with the film’s release.

We’ll keep you updated as we learn more…