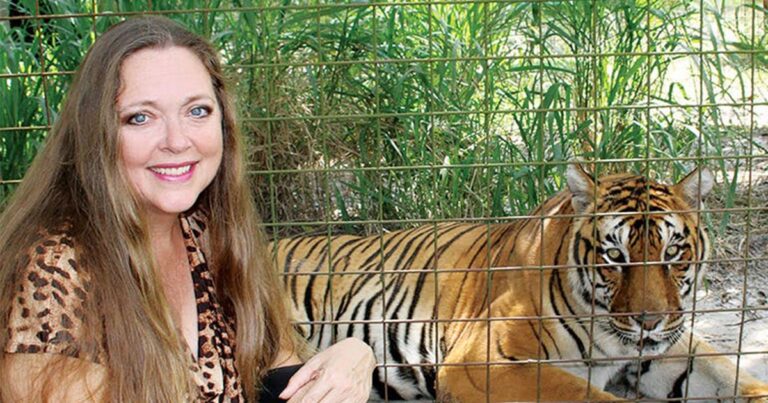 Tiger King is one of the biggest documentaries to arrive on Netflix for years, rivaling the success of Making A Murderer, among others. The series followed the drama behind Joe Exotic as he ran his controversial zoo while also diving into his personal life. Throughout the season, viewers saw as the rivalry between Exotic and arch-nemesis Carole Baskin exploded, eventually culminated in Exotic being arrested for hiring a hitman to kill her.

While a significant number of people have come out against Baskin, there has also been a range of supporters. Much of this has been driven by the practices that Exotic employed at his zoo, which many argue are substandard. The murder-for-hire crime was just the tip of the iceberg. On the flip side, however, many have speculated that Baskin had her former husband murdered.

Regardless of people’s thoughts on either person, controversy has surrounded both since Tiger King first debuted. Though the cameras are no longer rolling, the drama continues to unfold. According to recent reports, Carole Baskin has managed to take control of Joe Exotic’s former zoo.

A judge in Oklahoma has ruled that Baskin’s Big Cat Rescue Corp, itself a source of controversy, can take over the 16,439-acre property. Those that now-formerly owned the property have been given 120 days to leave. Should they decide to stay, it’s speculated that they will be forcibly removed.

However, it’s also been noted that they will have to remove the animals themselves, as Baskin wasn’t awarded custody of them. Despite this, the judge awarded Baskin and her company ownership of the vehicles used to move the tigers and other big cats, so it’s unclear as to how they’ll be transported off the property, or to where.

The ruling came after Carole Baskin sued Joe Exotic for trademark infringement. The lawsuit came after the self-proclaimed Tiger King transferred ownership of the zoo to his mother, Shirley M. Schreibvogel, in an attempt to protect it from a previous lawsuit from Baskin.