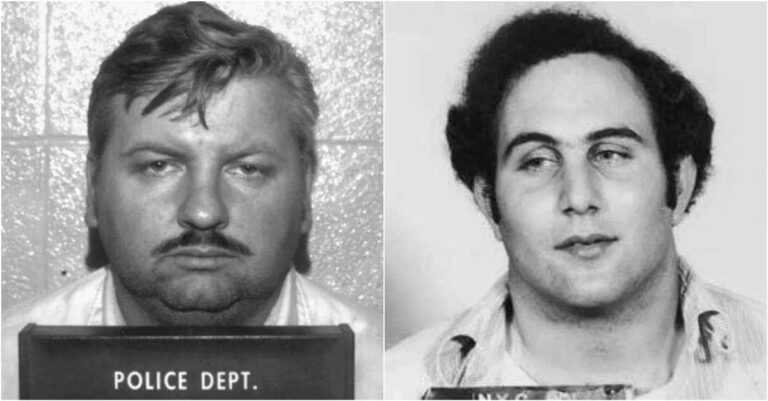 I think it is safe to say that the majority of us will never know what it feels like to take another human life. Lucky for us, many serial killers tend to be immensely talkative after being arrested. Perhaps it’s because they want people to know their work, things they are proud of doing and want to be known for. Or they just don’t have much on their mind to speak of by then other than their horrific past.

Based on who’s talking, paying attention to serial killers recount their acts can be range from exciting to nauseating to just plain dull. It’s difficult to what’s worse: when a serial killer is so casual about sharing his past work that he pretty much just yawns through the interview, or seeing the perverse pleasure over their face as they relive their greatest ‘achievements’. So, what does it feel like to take another life? Why not let these killers fill you in.

“I robbed them, I killed them as cold as ice, and I’d do it again too.”

If you haven’t heard of Wuornos, she was sentenced to death in Florida for killing seven men in cold blood, 1989 through 1990. Many times during her trial, she insisted that the men attempted to r*** her, but also saying that she killed them for the heck of it.

“When I used my knife, it brought psychological relief.”

Though he killed every single person in Russia, he’s still not as terrifying as some of the street workers in Eastern Europe.

“One side of me says, I’d like to talk to her, date her. The other side says I wonder how her head would look on a stick.”

“I was literally singing to myself on my way home, after the killing. The tension, the desire to kill a woman had built up in such explosive proportions that when I finally pulled the trigger, all the pressures, all the tensions, all the hatred, had just vanished, dissipated, but only for a short time.”

He is also known to have said that his dog told him to kill brunette women.

“Killing became the same thing as having s**.”

Killing quite a lonely act for you then, Herny.

“I separated the joints, the arm joints, the leg joints, and had to do two boilings. I think I used four boxes of Soilex for each one, put in the upper portion of the body and boiled that for about two hours and then the lower portion for another two hours. The Soilex removes all the flesh, turns it into a jelly like-like substance, and it just rinses off. Then I laid the clean bones in a light bleach solution, left them there for a day and spread them out on either newspaper or cloth and let them dry for about a week in the bedroom.”

Ah, there’s that Midwestern practicality we’ve all come to know and love.

“First, I stripped her naked. How she did kick, bite, and scratch. I choked her to death, then cut her into small pieces so I could take the meat to my rooms, cook, and eat it. How sweet and tender her little ass was roasted in the oven. It took me nine days to eat her entire body. I did not f*ck her, though I could have if I wished. She died a virgin.”

“I took the right leg of that woman’s body, from the knee to the hip [and] took the fat off. When I bit into it [another girl] just urinated right there.” Shawcross would later go on insisting that he believes that when he was on his murder spree, he thought he was: “Killing my mother.  The things I was eating, I thought it was my mother.”

Geez, do we have a Dr. Freud up in here?

“Murder is not about lust, and it’s not about violence. It’s about possession. When you feel the last breath of life coming out of the woman, you look into her eyes. At the point, it’s being God.”

Richard Ramirez was a quote machine, but most of these quotes are just nonsensical, regarding good and bad that sound so immature. Though the following quote from his trial is comparatively good.

“Big deal. Death always went with the territory. See you in Disneyland.”

“All the police are going to get me for is running a funeral parlor without a license.”

How wrong he would be.

“I don’t like killin’ the girls that we bring here, but occasionally things happen. What can I say? I would really hate to have to dump that pretty little body off in a canyon somewhere, to rot. I’m not trying to scare you. That’s just the way it is.”

Known as the Toy Box Killer, he was more into trauma and drug-induced r*** than he was into being a serial killer, but that doesn’t mean he didn’t massacre an entire softball team’s worth of young women.

Each serial has a different idea of what death is. People like Ted Bundy and Richard Ramirez are firm believers of the fact that they run the show that it’s about power and playing God. But when someone the likes of Jeffrey Dahmer starts to talk about his victims, you know it’s real talk. Maybe it’s just his Midwestern attitude or just his glasses that have us perceive him as someone who knows what he’s talking about. Anyway, have a blast reading about these serial killers and discussing murder!