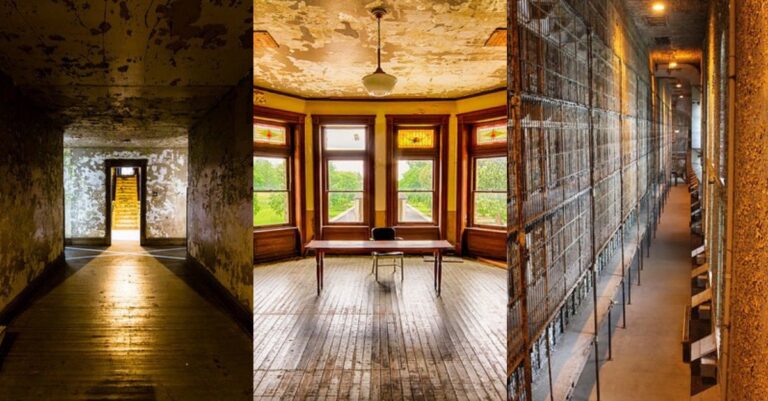 A reformatory institution in Mansfield, Ohio marks the iconic structure where Stephen King’s novella “Rita Hayworth and the Shawshank Redemption” was filmed. It was built to emulate a German castle and was created for the reforming and rehabilitation of juvenile delinquents. Later, its purpose changed.

The inhumane conditions of the place brought out the worst of men who were contained in it. The Shawshank Redemption banker, Andy Dufresne, who was sentenced for a crime he didn’t commit, said: “It’s funny. On the outside, I was an honest man. Straight as an arrow. I had to come to prison to be a crook.”

The prison takes up 40 acres of land and contains one thousand cells and multiple hallways. It has housed 150,000 inmates and is referred to as the “Dracula Castle” at times. If the walls could talk, they would echo with the screams of the prisoners held within and the soul that was sucked out of them.

It came as no surprise that director Frank Darabont alongside Stephen King chose this place out of everywhere else to film one of the most iconic of films in the last 50 years: The Shawshank Redemption.

The parole board hearing room during the filming of “The Shawshank Redemption.”

It was opened up on November 4, 1896, on the site of a former military training ground which was used during the Civil War. It was aimed at reforming adolescents by provisioning them with a place where they could learn skills, get a proper education and find peace within by means of religion. It was composed to resemble a spacious chateau and was envisioned to be a place for spiritual rebirth.

It did start as exactly that. Around 150 young men around the ages of 16 to 21 were first institutionalized who helped to complete the construction of the place. 600 cells were built and today according to the Mansfield Reformatory Preservation Society it is known to be the largest steel cell block in the world. The cells were initially only to be used for sleeping.

State of the cells where people once lived

However, by the 1930s and the times of the Great Depression, the American economy faltered. The penitentiary’s state started rapidly deteriorating from thereon. As Fyodor Dostoyevsky’s puts it, “The degree of civilization in a society can be judged by entering its prisons.” The juvenile reformation home for young people who were misled soon turned into an overcrowded maximum-security prison.

The state of the reformatory

The crime rate rose as did the convicted criminals. Cells made to house one inmate soon began housing three to four. The tight living quarters led to tensions and quarrels. In 1932, a guard was killed by two convicted felons who escaped via a solitary hole only to be caught again. They were executed by the electric chair two years later. Then in 1948, the Mansfield Killings took place. After receiving parole, two inmates exacted an act of vengeance and killed six people. Following these two incidents, the security on the place was heightened. Soon the place became a vicious home to the menaces of society.

In order to contain the injuries, feuds, quarrels and causalities “The Hole” was introduced. It was a form of solitary confinement down deep in the basement. As Ellis Boy “Red” Redding (played by Morgan Freeman) said in the movie, in order to survive people had to “Get busy living, or get busy dying.”

The overstaffed guards and the overcrowded prison made “The Hole” more of a practice than an exception. Prisoner riots that lasted for more than 120 minutes earned the prisoner “The Hole” in one of the 20 windowless quarters with nothing but a bed and a toilet.

The halls in the basement

The sanitation was poor and these conditions led many to go insane of fall severely ill. Reportedly, inmates donned nets and shirts around their heads while they slept so as to keep the roaches away from their ears, eyes and noses. So, how reformed really were those who exited the place?

Many didn’t live long enough to leave the premises. Within a few decades over 200 people died within the prison. From being stabbed, hung or incinerated to getting dysentery, influence or tuberculosis, the graveyard outside had no lack of supply of dead bodies. The headstones were only marked with their prison numbers.

In 1990, inmates filed a class-action suit for the “brutalizing and inhumane conditions” they endured in the maximum security prison. Not long after, a court order had the Ohio State Reformatory officially closed.

Soon afterwards, the Ohio State Reformatory was handed over to the Mansfield Reformatory Preservation Society. It was tasked to ensure that the place was kept intact.

Today, the place is an attraction for paranormal believers. Shrieks and voices are frequently heard within. People have also reported being scratched or and pushed by someone whilst being part of organized “ghost hunts,” or visiting the magical wall where a Rita Hayworth poster supplied an exit from this callous place for one soul.