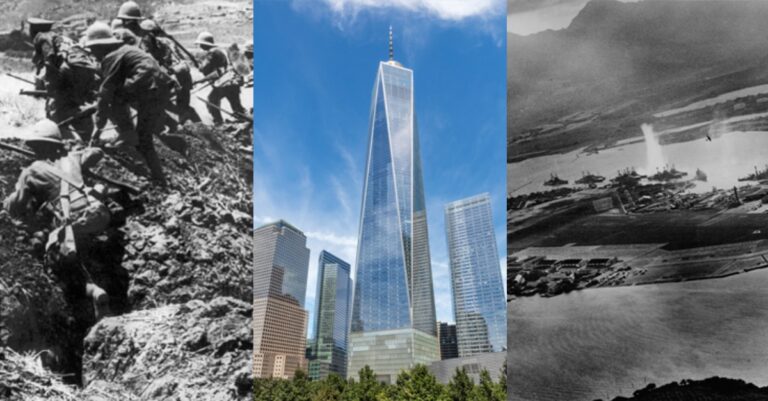 Despite tragedies and disasters being an awful occurrence, there is a certain fascination about their existence. In cases where the victims involved live on even in their afterlife, the fascination doubles. The following 10 places where tragedies took place have an eerie air about them even to this day.

Everyone is familiar with the destructive 2004 tsunami which left thousands homeless and even dead. Ever since then a series of ghost stories have emerged in the surrounding areas. One such incident is of a cab driver named Lek. He was convinced that one late evening in 2005, he picked up 7 ghostly passengers. After agreeing upon a fare and they set off, Lek looked back to find his cab entirely empty.

A similar story is shared by a security guard at an Andaman wreckage site. He quit his job soon after because he stated that he could just not take the terrifying screams any longer. Rumor has it that the screams belonged to a woman who was killed in a hotel that was hit by the tsunami.

One of the creepiest stories is that of a family whose telephone would ring at all times during the day and night. Upon picking up, they heard voices of their dead family members screaming to be saved from the burning flames in the crematorium.

Towering over Lower Manhattan, the new One World Trade Center building has a creepy history of its own. Every time a strong wind blows, a creepy wailing sound can be heard from the structure, echoing. Rumor has it that the wailing comes from all the spirits that lost their lives in the bombings of 2001.

According to witnesses, it appeared like the wailing was a chorus of voices. Some people believe that these are eerie sounds from the afterlife. Although scientists have confirmed that the phenomenon is simply caused by the wind, not many people are convinced.

A devastating tsunami struck Japan in 2011. It was the deadliest earthquake in the history of Japan. The earthquake caused the Earth to shift on its axis and resulting in the shortening length of the day by one microsecond. Following the tragedy, a lot of people reported seeing faces and eyes staring at them from puddles of water. People even reported seeing dead neighbors showing up dripping in water at the survivors’ houses.

A lot of people turned to exorcists for aid and treatment. Psychiatrists who have investigated stated that these incidents were more PTSD-related. Despite these explanations the ghostly sightings continued with fervor. From maimed apparitions to unexplained cold drafts and spots, a lot of unexplained paranormal activity has occurred in the surrounding areas.

Kelly Ryann Dorrel in late 2011 fell off the Queen Mary into the icy waters 75 feet below the surface. Although her boyfriend attempted to rescue her he failed. She later died in the hospital. Prior to this accident, 49 other people lost their lives on the very same ship. Even before that over 200 crew members died on the HMS Curacoa during World War II after the Queen Mary struck it.

It does not come as a surprise that the Queen Mary is haunted by multiple spirits. In fact, this ship is regarded as one of the most haunted ships of America. At times dead spirits are seen standing around on the deck.

In 1888, Mary Kelly was a frequent visitor of the Ten Bells Pub. After one night of drinking she left the bar in the early morning hours. What he did not know was that she was to be the last of Jack the Ripper’s victims. Her body was found mutilated and broken on the opposite side of the road.

By the 1990s, stories of the ghostly appearances at the pub started making rounds. The staff would frequent specters of a Victorian-style dressed old man. Some guests even woke up at night to find a ghostly form in bed with them. Other people reported seeing a shadowy figure who leapt off of the Westminster Bridge on Dec. 31 exactly at midnight. That figure is thought to be that of Jack himself.

Thousands of people arrive at the Pearl Harbor every year to honor the victims of the Japanese attack in 1941. Susan De Vanny was one such visitor who went in 2011 and snapped plenty of pictures in the site. When she arrived back home she was surprised to find a ghostly appearance in one of the photos. It was that of a deceased sailor who was thought to have been a victim in the attacks.

Everyone is familiar with the Auschwitz Nazi death camp in Poland. Today the place is frequented by many foreigners and visitors. People who come to visit the place feel an overwhelming sensation of dread and sadness. Some people have even reported feeling a hand hold onto theirs upon entering the gas chambers.

Birds and animals reportedly refrain from getting near the camps and maintain a good distance. Despite all the ghostly appearances, ghost hunters never conducted investigations into the sites out of respect for the dead.

The battle of Gettysburg was the biggest one in the Civil War. Despite lasting only 3 days, 10,000 people’s lives were lost. Among the dead was a civilian named Jennie Wade. A stray bullet penetrated the Farnsworth House Inn’s walls and claimed her life. It appears as if her spirit is eternally restless. At the inn people have witnessed the ghost of her sister, Sarah, moving about in the kitchen. Even her signature rose perfume can be smelt around.

Rumor has it that at least 14 restless souls dwell in the Gettysburg inn. Among those is the soul of a small boy who was trampled by a horse and carriage. Also a Confederate soldier died from a gun wound in the attic above.

Corporal Will Bird was sleeping with two other soldiers near Vimy Ridge in a dugout in April 1917. Right before daybreak he was woken by warm hands shaking him awake. He woke up to see his brother who had passed away two years ago in France. Although no words were exchanged, his brother led him away to a deserted ruin and disappeared. Corporal Will Bird stayed there for hours before he returned to the dugout. He found the place bombed and everyone within had perished. Bird later penned down his experience stating that the ghost of his brother saved his life.

In AD 79, Mount Vesuvius erupted. The eruption left the city of Pompeii destroyed completely. All the inhabitants were preserved in their places due to the sudden attack of pumice, lava and ash which killed them instantly.

Josh Gates, a watchman at the ruins, claimed on a TV interview that he hears screaming during his duty hours at night. A member of the TV crew even heard footsteps running amok while filming at the scene. Eerie howls and moans come from what was believed to be a brothel and the Temple of Isis.

It is not uncommon to hear of ghostly tales. However, the majority of such tales are built on rumors. It is a whole other experience to hear of true stories of creepy tragedies and the restless souls they left behind.