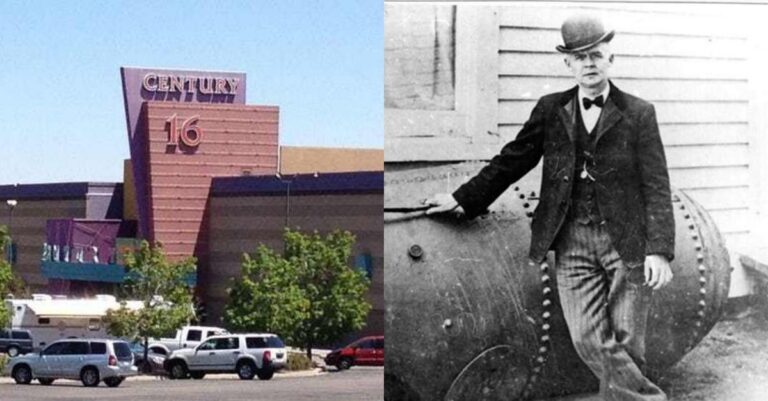 Cheating death is not a feat that many or any can easily achieve. Freak accidents are a major occurrence and anyone who watched Final Destination can testify to that fact. Sometimes people think that they cheated death but in truth they only just almost cheated it. The following list talks about 13 such incidents involving people who dodged death but only just. For in the end, Death does win.

These tragic stories are too unreal to believe. Read on to find out instances when people cheated death but died right after.

Man Avoids Falling Off Cliff Then Gets Hit by Bus

Ever heard of the phrase “jump off a cliff”? Well, a driver in California just missed death by falling off a cliff. He had lost control of his SUV but managed to jump out of his vehicle on a windy Malibu road just in the nick of time. Unluckily though, he was struck by an oncoming bus seconds after. He died immediately.

A sports broadcaster from Denver, Jessica Redfield had just survived a mall shooting in Toronto that left one dead and several injured. Her near scrape to death left her with nothing but high hopes and bright dreams for the future. However, just one month after the miracle she was shot dead at a midnight screening of The Dark Knight in 2012. The shooter opened fire at the audience killing Redfield instantly.

Stationed at Fort Campbell was Austin McGeough, a 21-year-old soldier on the Tennessee-Kentucky border. He was heading back to base after having drunk and drugged himself at a party. Mixing prescription drugs with alcohol left McGeough in a pretty messed up state. He broke into a nursery and helped himself to the bathroom and some leftover pizza. Afterwards, while he headed back to base, he called up 911 as well as his girlfriend to report being chased – by bees.

So terrified of the bees and avoiding death by anthophila, McGeough rushed into a nearby street to hail a car. Unfortunately, the car hit his knee sending him smashing down on the road. While the driver did pull up to help the fallen soldier, until he did so two other cars had already run McGeough over.

Marcus Garvey, a trailblazer for the Black Nationalist movement, had plenty of political opponents. In a strange twist of events, the politician was so shocked after seeing a fake obituary of him in the Chicago Defender. Highly negative and demeaning, the obituary enraged him to a degree that he suffered two strokes.

Woman Survives Plane Crash Is Run Over by First Responders

The fiery and terrifying plane crash of the Asiana 215 at San Francisco Airport left behind 16-year-old Ye Meng Yuan. She managed to survive and lay down in a fetal position just 30 feet from the site. However, the first responders to the scene who happened to be a fire truck, nonchalantly drove right over the survivor. Although officials state that the chaotic situation was to blame, her family still rightfully sued for negligence.

In 1977, only 90 seconds are flight takeoff, the plane carrying the University of Evansville Men’s Basketball team crashed and killed the entire team except for one. David Furr was sidelined because he injured his ankle so he skipped the flight. The team had always travelled by bus before, but for this special game the coach treated them all to a flight. Furr only managed to live two more weeks when he died in a deadly drunk driving accident while with his younger brother who passed away, too.

Boy Survives a Tornado Only To Get Mauled by a Dog

In Oklahoma, Lynn Geiling welcomed her nephew and his family after they managed to escape a terrible tornado. The family took their time in reconstructing and clearing up the destruction left behind by the tornado, while leaving their son with Geiling. Police records state that the 5-year-old boy threw a fit while his parents were out. While Geiling went to comfort him, her 150-pound mastiff reached the kid first, mauling him aggressively. Despite Geiling’s attempts to pry the dog away, the injuries left on the child were fatal. Following the incident, the dog was euthanized.

Hilda Yolanda Mayol made it through the tragic events of September 11, 2001. She was working on the ground floor in a restaurant. Unfortunately, Mayol’s luck was short-lived. Two months later she took a flight to the Dominican Republic. She died when the flight she was on, American Airlines Flight 587, crashed in Queens, NY. Many believed that the flight crash was another terrorist attack but it was later attributed to turbulence and the pilot’s mishandling of the rudder controls.

Woman Avoids Club Fire Then Dies in a Car Crash

Jessica de Lima Rohl had slaved away for weeks to organize a university party at a Brazilian nightclub. At the last minute, her boyfriend asked her to skip the party and stay in. She agreed. This proved to be lifesaving as a fire broke out in the club killing 233 people. Rohl, though grateful to be alive, lives only one more week when she and her boyfriend died in a freak car accident – colliding with an oncoming truck.

Daredevil Dies After Slipping on an Orange Peel

Bobby Leach, a renowned risk taker and daredevil performed multiple stunts such as taking on Niagara Falls in a barrel. Oddly enough, none of his stunts kills him. An orange peel did. During on his shows, he slipped on an orange peel and injured his leg. He ultimately developed gangrene and the doctors amputated his leg. Medical complications followed and two months later he died.

Woman Awakes at Her Own Funeral, Dies from Shock

At the age of 49, Fagilyu Mukhametzyanov had been declared dead. The grieving process and funeral processions began. Her family was terribly saddened by the news. But, she was not actually dead. At the memorial while being prepared for the burial, Mukhametzyanov awoke to the sound of prayers. As soon as the realization that she was attending her own funeral hit her, she screamed out for help. The shock resulted in a heart attack that actually killed her.

A six-year-old, Abigail Taylor went through a traumatizing event when she was caught in a pool drain. The drain drew out parts of her vital organs and she had to undergo multiple intensive surgeries. The doctors managed to successfully save her. Nine months later while undergoing surgery to transplant her organs damaged by the drain, she passed away.

Father and Daughter Survive Plane Crash, Die in Another Crash

The father daughter duo that loved flying, “Bud” Warren and Phyllis Ridings survived a fatal emergency landing following a crash in an open field. They were grateful to the narrow brush with death but it was short lived. The pair of them crashed once more after a plane malfunction. On their way to an air show in Temple, the pair suffered a crash near Montgomery County Airport when the cockpit filled with smoke.

At times one feels indestructible and entirely invincible. But, it is during times like these that one needs to remember that death can crawl out from any corner without warning. Whether it is from a drunk driver or an orange peel, one must always live knowing we were all born to die.