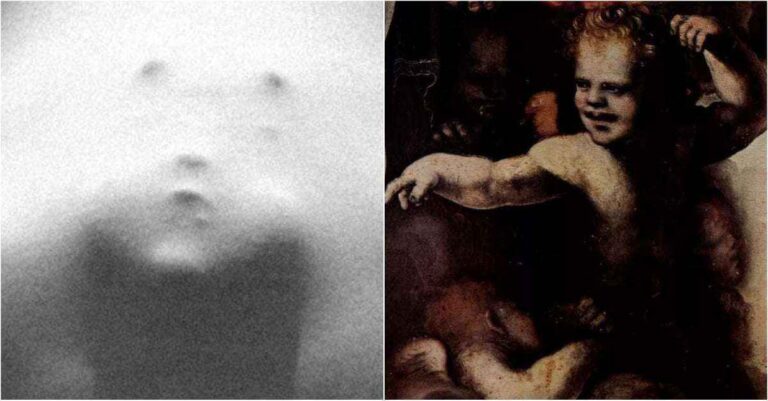 These women believe that they really did carry a demon baby in their stomach for nine months.

Whether you think that is true or not is up for debate. However, the way most of these supposed mothers ‘took care’ of the babies is truly horrendous. I can understand that in the old times, people were uneducated, so they thought any kind of deformity meant that the baby was cursed or possessed.

We obviously know now that it is not true at all, but it seems some people still live in the 1400’s because that is the only way I can explain most of the following stories. Whatever your religious beliefs or lack thereof, you have to admit that these stories are particularly crazy.

So scroll on below and take a look.

Sanchez is the woman who would always be known as the mother who dismembered her infant child. When the San Antonio police went to her place in summer of 2009, they were literally stunned by what they saw before their eyes. She had dismembered her 3-week-old baby and claimed that the devil made her do it.

Lay dismembered in the bedroom of a single story house, three of his tiny toes chewed off, his face torn away, his head severed, and his brains ripped out… officers found the boy’s mother, Otty Sanchez, sitting on a couch with a self-inflicted wound to her chest and her throat partially slashed, screaming ‘I killed my baby! I killed my baby!’ She told officers the devil made her do it.

As it turns out claiming that your child is possessed is“all too common in schizophrenics with religious delusions.” However, dismembering a baby is a whole another ballpark.

Don’t worry not all supposed ‘devil children’ are dead as one is still alive and well in Columbia. Then again that is up for debate. You see his mother claims that the 4-week-old infant can apparently walk and can even produce fire. She also says that he “frequently hides around the house, cackles in an ‘adult’ way for hours on end, and has an ‘intimidating’ pair of eyes.”

However, area lawyers, social workers, and psychologists don’t really believe her story, and that is to be expected, so she is currently being investigated in the allegations of child abuse.

I am sure you have already heard about Suzanne Connors. This 28-year-old was all over the news when she gave birth to her baby who was apparently screeching the whole time. She claimed that the pregnancy felt like “being cut with razors from the inside.”

So unsurprisingly, she has decided to put the baby up for adoption because she doesn’t want “any part in raising the Antichrist.”The doctors also found her uterus and amniotic sac “completely ripped to shreds” when they opted for a C-section.

Many people believe in demonic possessions, but most don’t usually take these to such lengths. You see this 21-year-old lady decided that her baby was the devil’s child and quickly tossed her newborn son out of the 4th story window of her apartment. Ever her family told the police that she regularly thought that her child was possessed.

However, they didn’t want to intervene or send her to a mental institution. Understandably she was charged with both first and second-degree murder.

Most people know that their child is possessed or cursed when they give birth. However, this lady didn’t know that her daughter had been possessed for 33 years and only came to realize that just before killing her with a cross.

Officers arrived and found [the] victim… lying in the home with a large cross/crucifix upon her chest. Blood was visible, and she had suffered severe trauma around her head and face… Juanita Gomez said she believed her daughter was ‘possessed by the devil,’ and was attempting to ‘rid Satan’ from her body.

The 49-year-old Oklahoma mother forced a crucifix and then a religious medallion down her daughter’s throat then cleaned up her corpse and posed her in the shape of a cross.

Don’t worry; this lady did not kill her child or tried to do that. She is actually a devout Satanist, so she was actually very ecstatic when in the middle of her chants, the devil appeared in her room and supposedly had s*x with her. However, many points in her report don’t make sense at all.

After all, how could her demon son become president at age 12 and create “a one world government.” ? Because I’m quite sure, Trump isn’t going to let that happen.

I am sure most of you have heard stories about the New Jersey Devil. Well, this is where the story originates from. The mother of the supposed New Jersey devil was actually Deborah Leed. She and her husband had 12 children before she became pregnant with the 13th child in 1735.

Many people believe that her child was born deformed and that Mother Leeds cared for the baby until she died of old age. And then the devil apparently flew off into the swamp.

This story involves love, deception, and curses. You see when Camille an acquaintance of the legendary voodoo queen Marie Laveau angered on her many lovers. The angered lover visited Marie and asked her to put a curse on Camille and her baby. Marie apparently obliged, and Camille died at childbirth, but the infant did not.

The baby was not a plump and blushing human baby, but a grotesque and lurid imitation… a horror, a curse. Wails filled the room when the thing was exposed, and all could see that where light tufts of hair should be were two lumps – the early roots of horns to come.

Where little hands and feet should have been were the claws of some wild animal, like a possum or a raccoon. There were scales upon its body.

Most people already know this story by heart. The story of Mother Superior Jeanne des Anges being seduced by the devil who posed as a priest who posed as an angel. The priest by the name of Urbain Grandier was known as being a womanizer and broke his “vows of celibacy” quite regularly.

She also got pregnant with the child of Isacarron and claimed that her pregnancy was filled with shrieking, convulsions, and babbling in tongues. Father Grandier was burned at stake soon after, and She never did bear her demon child.