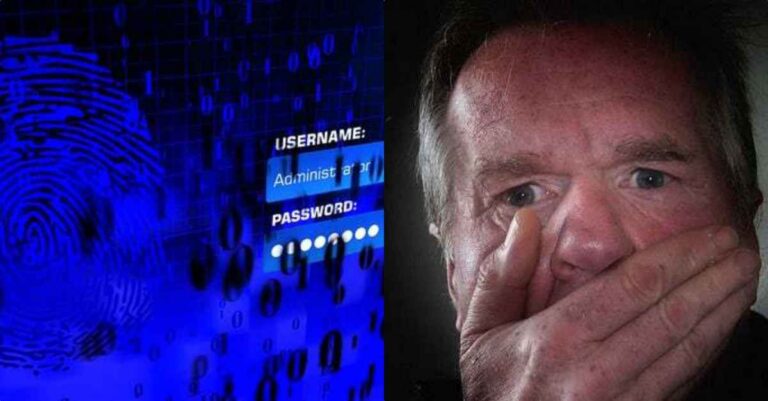 For those of you who are unaware, the deep web is a slew of hidden websites that can only be accessed via a specific browser and direct links. Because of the fact that it is so top secret, a lot of scary stuff goes on there. The marketing of illegal drugs is just about the tamest thing that you can find on the deep dark web. We asked Reddit users for their real life experiences with morbid and creepy encounters with the deep web. Then we collected the most chilling true stories.

“On the deep web once upon a time, I was browsing tor. I paraded myself over to the hidden wiki and hit the random button a few times. What happened next scared the everloving s*** out of me. There was a webpage that took longer to load (even by tor standards) and when it finally loaded, in giant black letters on my screen it said ‘YOU BETTER START RUNNING.’ Needless to say I almost s*** my pants. Anyway haven’t been back since, yada-yada.

“A website advertising a hitman, his services costing increasingly more bitcoins based on the type of target. I don’t remember the exact amounts, but the order went something like this, from least to greatest: civilians, police, politicians, children. Shudder.”

“This was back before Google. Web pages were, for the most part, still very basic HTML with Javascript. Hardly anyone used CSS. Only discussion boards and some banking sites had anything approaching mature front-end/back-end combinations. Etc. Early ‘Net. Real ‘deep web’ story, not just one about illicit activities online.

“I was browsing random blogs, Geocities sites, and the like, just going from link to link. Eventually I came upon an odd page – it appeared to be random thoughts from different people, but for the time, it was very well-designed. The messages seemed to be cryptic in nature, like several people trying to pass secret notes. I started through the source, and hidden in the comments of a javascript were various IP addresses.

“I gathered all of the IPs in a text file and began enumerating. Some were routers with banner messages I could telnet to – almost all at universities (‘Warning! This is a secure system at University of Bla Bla….’). The default Cisco credentials from back in the day worked on most of them, but I didn’t poke around. A few of the IP’s were web servers with little to nothing on them, mostly Apache on Linux or some BSD, at least one IIS server I can recall.

“I finally came upon a web server with a huge directory of HTML files and TIFF images, with a few smaller subdirectories containing the same. nslookup returned no reverse records for the IP. A VisualRoute traced it as far as Colorado. The HTML files appeared to be records a psychologist or similar mental health professional would keep. The images were of faxes, apparently of both military and medical nature.

“As I browsed from a subdirectory back to the parent, at the top was a new HTML file named something like ‘1-.HELLO-THERE.html.’ The time stamp was from right that minute. I opened it, and in plain text was the message ‘we see you.’ No quotes, all lowercase. About 15 seconds later the server dropped.”

“Was on Tor, browsing da usuals. Go out to eat foods at the Five Guys. Come back. More Tor. Find a picture of me eating at Five Guys.”

“I posted a comment on a video, and when I went back to that page to watch the video later, someone replied to my comment saying: ‘That is very astute of you Mr. (insert my last name).’

“I didn’t internet for like a week. My last name is not a common one.”

“In CompSci, we often got bored and dicked around. One day we ran into the deep web. The most disturbing site we found was a comprehensive guide for cooking women. We’re not talking about a short joke here. This page had information on what body types to use for specific cuts, how to prepare these cuts, and how to cook the girl so she lives as long as possible. It horrifies me that people way worse than the freaks on Criminal Minds exist.”

“Honestly? The creepiest stuff is the login screens.

“Picture a page, with a plain HTML password field and submit button. If you type something wrong, the page just pops back up again. No error message, nothing.

“Now picture hundreds of these nameless, blank login screens on the Deep Web.

“What do you think is behind them?”

“I lived in a fraternity house my junior year with about 16 other guys and about 45 in the chapter overall. We had actually been arguing about drugs in the house. About half of us saying it’s asking for trouble and the other half using the chapter house as a haven from campus security. I was on the side of the former.

“Early on in the school year a couple guys asked me and some other more Internet-savvy people about deep web. I explained basically what I did above and I didn’t really hear anything else about it for a while. After a few months some of the guys started talking about buying things off Silk Road. I assumed they were just lazy and trying to get cheaper weed.

“Turns out I was incorrect. They had ordered about 5k worth of MDMA and acid. This came to light on a sunny afternoon in early April, when armed members of HSI (Homeland Security Investigations, a subdivision of ICE) raided our home.

“I was upstairs overlooking the parking lot and a bunch of guys were outside getting ready to go golfing. I watched a car pull up slowly followed by another one bolting around the corner. The guys on the ground tell me that the driver of the second car got a little too excited. Apparently he jumped out of the car with a taser drawn and screamed ‘get on the fucking ground or prepare to feel the thunder.’ Not wanting to ‘feel the thunder’ everyone complied.

“The more level headed agents went inside and rounded us all up to sit in the parking lot so they could search the house. I still have no idea if what’s going on at this point.

“After a little while they explained who they were after and why. The aftermath was two guys got arrested on felony drug trafficking, one got arrested with minor charges of possession. They arrested but didn’t charge a fourth guy, he was the one whose house the drugs were sent to (we typically don’t get mail sent to the chapter house and they were trying to hide it). The guy had no idea what was in the packages. Another two guys got suspended for a year for suspected involvement.

“In the end the two main guys got house arrest for the better part of a year and probation for a few years. The other guys all transferred except the one who didn’t get charges. He was released and graduated on time.

“As for the rest of us, we got our charter revoked and everyone just left it alone otherwise. The younger people around campus are mostly scared of us now because the rumor mill made it sound like we were a violent drug ring. More accurately we are a group of idiots with a couple much bigger idiots in our ranks.”

“I found a posting for someone with both ‘RN credentials and combat experience.’ They were offering $255K for six months of being ‘out of communication’ and ‘aboard a ship.’ Contact info was a PO Box in Washington DC.”

“It was my third time on the deep web and I was just looking around at sites. I found this one guy’s home page and on the sidebar I saw a link that said ‘For journalist and people new to the deep web’. I clicked on it, hoping that it was interesting and helpful information. A new page opened and a picture started to load. Thank god for my slow Internet because all that loaded was the head of an old asian [sic] man with blood on his chin. I quickly closed the tab before the rest of the image loaded. To this day I wonder what the whole picture was but at the same time am thankful I didn’t see it.

“TL:DR My slow internet probably saved me from seeing a gruesome picture”

“I downloaded Tor and within 20 minutes of downloading it and browsing random s*** I got a phone call but there was no one there and they just hung up after 10 seconds. I didn’t even know if it was legal at the time so that was enough to freak me out and I stopped right there.”

“Only experimented with that stuff once. Found lots of WTF stuff. One thing that stuck around was a site selling military weapons. They had everything you could think of. I really wanted the tripod-mounted grenade launcher with automation package.”

“I found a radio station on Tor that was just people talking to each other, thinking they were wizards. But I can’t find it any more sadly.”

“[I saw a] DIY vasectomy kit [for sale] on SR. it was a kit of weird dentist tool looking hooks and some tube thing. $20.”

“I once found a forum dedicated to sharing recordings of the automated messages that tell you the next stop on trains. People would post the recordings that they presumably made themselves and then they would discuss them.

“It haunts me to this day. I have so many questions.”

“So I had hit the normal silk road and s***. I was browsing and I come up on this terrorist bomb tutorial website. I noped out fast.”

“I ended up on some site full of weird pictures or what looked like dead people. I noped out.”

This list does not simply comprise of dark stories. These are all real life true horrifying tales extracted from the bowels of the internet. There is a world far greater and more terrifying than simply the social media accounts and fashion blogs you browse. There is a world of dark and grim beings who dwell in the darkness.