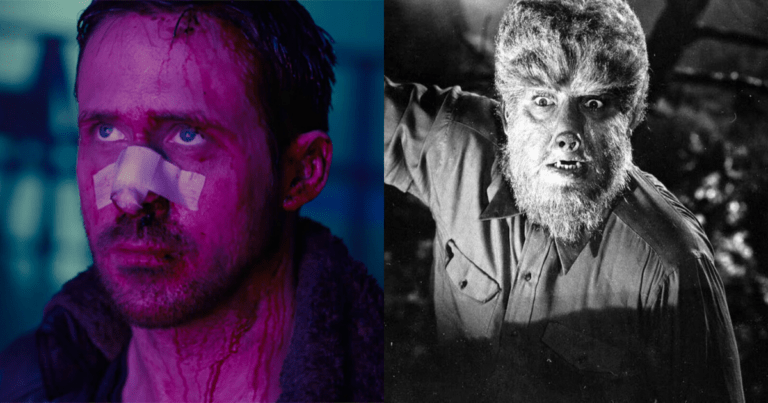 In 2017, at a time when Kevin Feige’s Marvel Cinematic Universe was on an unstoppable roll with multi-million films year by year, Universal Pictures announced that they will be creating a movie universe on their own featuring reimagined versions of their classic monster titles such as Frankenstein and Dracula.

They call it the “Dark Universe,” with a line-up that includes The Mummy starring Tom Cruise, a Dr. Jekyll and Mr. Hyde movie with Russell Crowe, and a Javier Bardem-led Frankenstein. Months after, the plans to do it was reduced into just a headline from a newspaper. Universal did not proceed with it and canceled the entire thing.

While no official plot details are revealed, it is expected to become a modern iteration of the classic 1941 movie about a man who, at night, transforms into a werewolf. Reports are teasing that the story will have a vibe akin to Nightcrawler (2014) and Network (1976). They are also saying that Gosling will play an infected anchorman.

The Wolf Man movie will be penned by Rebecca Angelo (Orange Is the New Black) and Jason Blum’s wife, Lauren Schuker Blum. Aside from starring in the movie, Gosling is also getting “Story” credits. No director is still attached to the project.

Aside from Wolf Man, Universal also announced The Invisible Woman by Elizabeth Banks and Dracula by Karyn Kusama and Paul Feig. Is this “Dark Universe” crawling back from its grave? It is likely so!

What are your thoughts on Ryan Gosling starring in a Wolf Man movie for Universal? Do you see this as a possible start of a cinematic universe for the studio’s monster properties? Share your reactions in the comments section below.