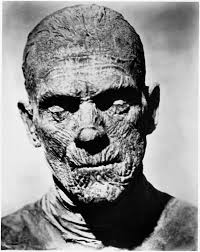 It sounds like the plot for a Universal horror film, but believe it or not  scientists in London have been working to allow the voice of a 3000 year old Egyptian Mummy to be heard once again.

The mummified body of Nesyamun, a priest and scribe who lived during the reign of Ramses XI was buried in a coffin that bore a message, expressing a wish that his voice would be able to speak in the afterlife.

Seeking to fulfil this wish (as you do) scientists have reconstructed the long dead mummy’s vocal tract using 3D printing technology and connecting it to a loudspeaker, have succeeded in allowing his ‘voice’ to be heard once again. After 3000 years.

Speaking about the experiment The Royal Holloway University of London’s  David Howard said “He had a desire that his voice would be everlasting” adding that “In a sense, you could argue we’ve heeded that call”.

The experiment involved taking CT scans of of the preserved priest and creating a digital model of the speech apparatus. This allowed the scientists to create a replica 3D model of the vocal tract, to hear an approximation of Nesyamun’s voice millennia after he died and was embalmed.

Howard goes on to explain that if the same process were used to reconstruct his vocal tract and the sound produced was played alongside his voice, the sounds would be the same, leading him to be confident that the sounds they have produced for the priest are “Something like Nesyamun would have sounded”.

I know. If that doesn’t sound like the plot of a horror movie I don’t know what does. I feel like I’ve seen this one before, only in that version the Mummy sounded like Boris Karloff…

Let’s hope they have some sturdy locks on their doors.