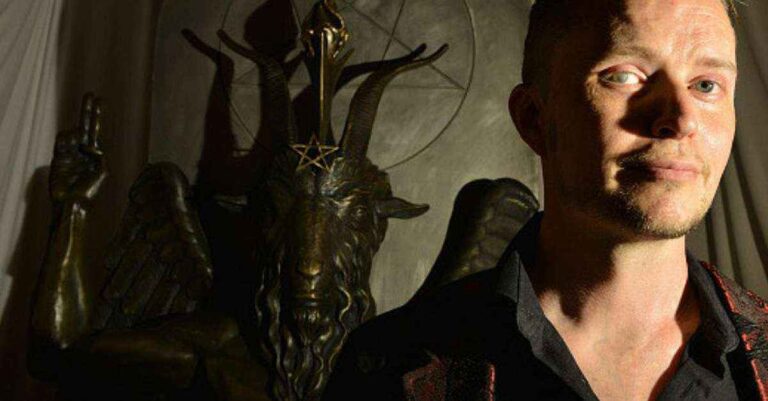 Satanists are fighting for human rights.

Now that is a line I thought I would never say or write but here we are. I am sure you might have heard about the fact that the satanic temple sued Missouri over abortion rights. Now, you might have thought, that they wouldn’t win.

Today however, I am here to tell you that they did in fact win against Evangelicals. Surprising right? Well you might be loving this or you might be hating it depending upon your religious view. One thing is for sure, They used the far rights own tactics against them.

People were waiting with bated breath for the result.

This Tuesday, The Satanic Temple will be arguing to the Missouri Supreme Court after convincing an appeals court that the state’s mandatory 72-hour waiting period before having an abortion violates their religious beliefs. https://t.co/LdbvLVP9SK

The case was brought on because of one of the member of the satanic temple.

Her complain was that she had:

Another temple member agreed with her wholeheartedly.

The State has essentially established a religious indoctrination program intended to push a single ideological viewpoint. The law is intended to punish women who disagree with this opinion.

Missouri’s state-mandated informed consent booklets explicitly say that life begins at conception, which is a non-medical religious viewpoint that many people disagree with.

Forcing women to read this information and then wait 72-hours to consider the State’s opinion is a clear violation of the Establishment Clause.

And they won the case on Wednesday.

Justices of the court asked the State’s representative if, “it’s the position of the State that an ultrasound does not have to be conducted unless a person says they want the opportunity to hear the fetal heartbeat.”

Missouri’s Solicitor General Sauer affirms that the State’s interpretation of statute (MO Rev Stat § 188.027) is that women only be offered the “opportunity,” to have an ultrasound and listen to the fetal heartbeat, and if a woman declines hearing the audio, the ultrasound need not be performed and the requirement has been satisfied.

Well the result are out!

I’ve been waiting to see how this pans out: Because “this case raises real and substantial constitutional… https://t.co/xT6dlzPcIi

Yup, and they did it quite gracefully.

It’s about time to be honest.

In case I haven't said it lately, Hail Satan https://t.co/d7KNERobzv

Yah, I can see a substantial rise in satanists in the years to come.

BUAHAHAHAHAHAHAHA. It's enough to make me want to convert. I wish the various Pagan groups were this organized! https://t.co/TQGH0oyRQl

At least it’s not Trump.

Now Satanists are making America great again?!?
What a world we live in. https://t.co/zlDoudl8ca

Quite ironic to say the least.

Honestly, the Satanists been doing more civil and social rights than Christians these days ??‍♀️… https://t.co/1ywHywi8pU

Satanists yet again helping to uphold religious freedom, as well as a woman's right to govern her own body. https://t.co/ddzuoCZKUj

I do have to point out one important bit though.The satanic temple isn’t really about worshiping Satan at all.

It is the position of The Satanic Temple that religion can, and should, be divorced from superstition. As such, we do not promote a belief in a personal Satan.

And they want to.

strive to act with compassion and empathy towards all creatures in accordance with reason.