Freaked DISCOVER THE ART OF PUBLISHING
Home Horror News “Too Scary To Finish”: The Media Mantra for Netflix Series ‘Ares’. 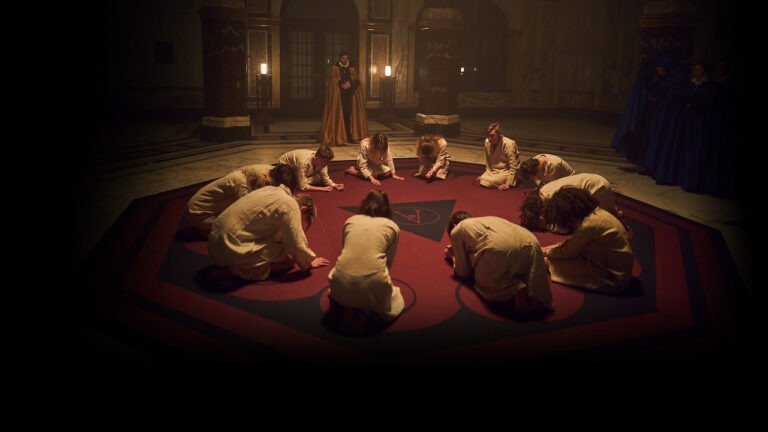 Media outlets from traditional newspapers to online zeitgeist tweakers like Unilad are all ‘bleating’ the same mantra in reference to Netflix’s occult horror series Ares. It’s the one that goes ‘Too Scary To Finish’.

The show, which follows a student as she attempts to access the upper echelons of Amsterdam society by exploring its darker corners (and getting involved with a secret society, as you do on your day off, because of course there is nothing else entertaining you could be doing in Amsterdam…) and naively underestimating just how sinister this kind of tight nit cult setup can be.

The show itself has received high praise for its overall gothic feel and elaborate aesthetic, whilst the idea that the show is too terrifying to finish has grown out of a few fans who have taken twitter either to express their trepidation at the thought of tackling the final few episodes or to seek comfort from others and reassurance that the experience of doing so won’t scar them for life.

With comparisons being drawn to recent A24 folk horror hit Midsommar, Ares has been applauded by those with enough intestinal fortitude to actually finish it as an excellent binge watch worthy endeavour for which they hope there will be a second series.

Have you made it to the end of Ares? Or, like the twitterati, did you crap your pants and chicken out half way? Either way, let us know in the comments below.