Freaked DISCOVER THE ART OF PUBLISHING
Home Horror News His House: Sundance Standout Is A Fresh Take On The ‘Haunted House’ Sub-genre 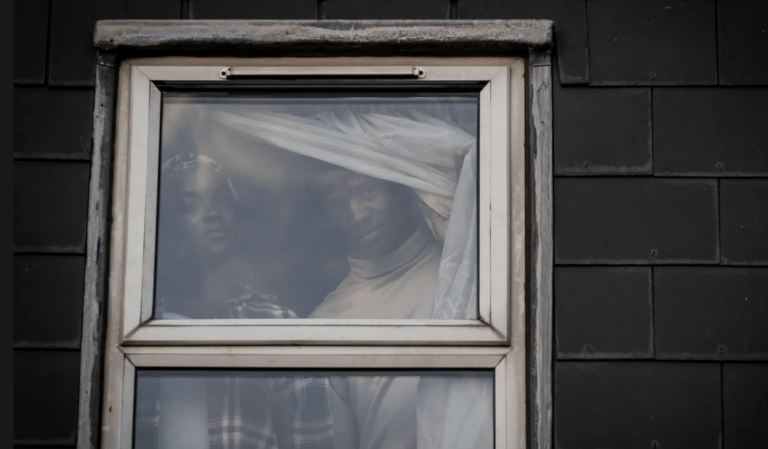 As previously mentioned on this site, this year’s Sundance festival seemed to be quite the treat for horror fans, with a number of debuting horror flicks receiving high praise from critics and being snapped up by studios keen to bring them to the wider viewing public. (You can check out our coverage of standouts The Night House from  The Ritual director David Bruckner and lauded horror comedy Bad Hair elsewhere on the site).

Amongst the titles receiving positive reviews was a new spin on an over familiar subgenre.  His House  from director Remi Weekes is, as the title might suggest, a haunted house flick, but has been praised for taking a fresh approach to the genre.

Centred around a couple of Sudanese asylum seekers who have moved to a UK council estate after fleeing their own country, the plot follows the pair as they are faced not only with the difficulties of adapting to this alien and at times hostile new environment, but also the malevolent force that has followed them from the old country and awaits them upon arrival.

The film, which has drawn comparisons to Get Out and The Babadook has been applauded for balancing its supernatural elements with grounded and more realistic content and and concerns, giving the film and the creepy goings on a more plausible edge.

It has also received praise for the strength of its writing, the naturalistic believability of the acting performances and its ending, all of which means that we can’t wait to see it when it finally gets a wider release, which, considering the rights were snapped up by Netflix even before it debuted at Sundance, hopefully shouldn’t be long.

Judging by the positive reactions, this sounds like one we’ll be hearing a lot about in the future.