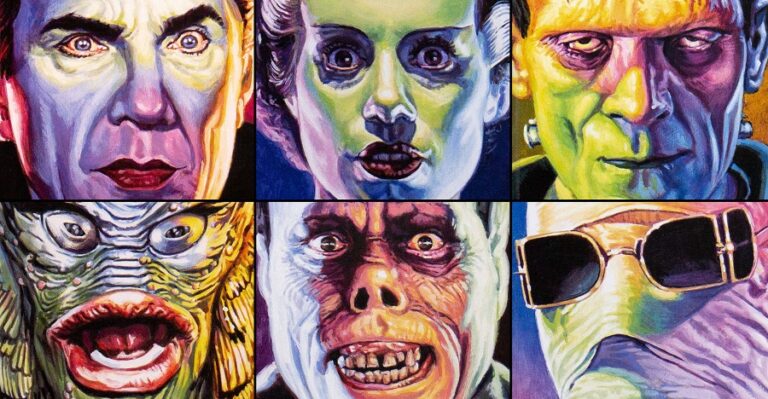 In today’s world of franchise-driven entertainment, Universal Pictures may hold the dubious distinction of having done the least with the most material. For those who aren’t aware, Universal owns the rights to many of pop culture’s most fascinating monsters (and the heroes who battle them). There’s Frankenstein’s monster, Dracula, Van Helsing, the Invisible Man, Dr. Jekyll-slash-Mr. Hyde, Wolfman, the Phantom of the Opera, and more. And yet, save for a few extraordinarily forgettable Frankenstein- and Dracula-related films over the course of the past decade, the studio has failed to make much of these gold-mine properties. Our take is that they could do so by packing these characters into a brawler-style video game.

Before we get to the gaming idea specifically, we should note that there was an attempt to make something of these characters in cinema. Universal attempted to use projects like Dracula Untold to spark a “Dark Universe” that would, in theory, compete with DC and Marvel. However, the attempt flopped, throwing plans for the Dark Universe into disarray. Now, it seems as if the studio is content to partially outsource its monsters for one-off projects; we wrote recently, in fact, about the coming Dracula movie from Blumhouse, which itself is a follow-up to the modern take on The Invisible Man that was in theaters just recently.

Maybe this is for the best. Maybe, in fact, this new approach has saved Universal’s monsters’ place in modern pop culture. As one recent article put it, the Dark Universe has a future specifically by not being “a universe.” At the same time, however, it’s hard not to wonder what might have been had these iconic characters all been brought together. And given that it seemingly can’t be done in film, our gaming suggestion makes a great deal of sense.

More specifically, as we suggested above, it should be done as a brawler.That way, narrative won’t be a problem (as it has been in cinema). The characters could simply have at one another Smash Bros. style, in what might just be an immediate hit in the gaming world.

This idea is made even easier by the fact that there aren’t a lot of existing perceptions about these characters from the gaming world specifically. In fact, the UK’s casino sites are perhaps the most noteworthy platforms on which to find Universal’s monsters in modern gaming. That isn’t meant to suggest that these sites are in any way small or obscure. In fact, dozens of sites comprise the UK casino category — many of them heavily populated by themed slot arcades, and many of those slot arcades showcasing Universal monsters.

Slot games based on the Invisible Man and Frankenstein’s monster are particularly popular across these UK casino sites. But you can also find examples involving the likes of Dracula, the Creature from the Black Lagoon, and Dr. Jekyll and Mr. Hyde. By and large, these games use somewhat playful animations of their titular characters to build visual themes within which the slot gaming takes place.

We’re pointing these games out because they represent the closest thing to a modern collection of Universal monsters all in one place. But again, they wouldn’t present much of a problem for a potential brawler series. They’re very specific to the slot category, they’re not always accessible to gamers outside of the UK, and while they’re all in the same category, they don’t actually showcase the monsters interacting. An accessible game in a classic genre pitting all the characters against one another would, therefore, still feel like a fresh and original concept.

More simply, just imagine this game! Consider the best fighting games of history and ask yourself, are there that many characters definitively more interesting than Wolfman? Are there that many rivalries that would top Van Helsing squaring off with Dracula? And can’t you just imagine the gorgeous backgrounds to the levels? A creepy laboratory, a Victorian graveyard, the Black Lagoon…. Some of these settings have in fact already been designed rather nicely as the backgrounds to the aforementioned slot games. They could be brought into a new game almost directly.

Frankly, the more you think about the potential for this game, the more obvious the idea seems. It would solve the Dark Universe problem the way the film studio can’t seem to, it wouldn’t step on any existing monster games’ toes, and it would be a stone-cold blast to play.

Let’s hope someone can make it happen!