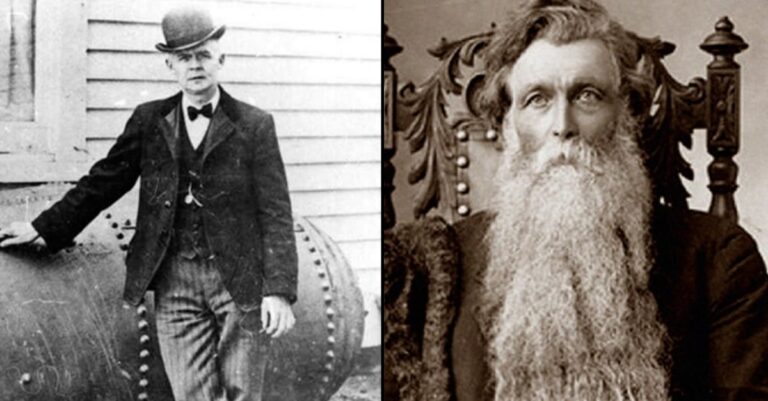 Time and again, Death has proven to be unconquerable. It looms over the living and seizes any moment to snatch away their souls. Although every one of us is born to die, we spend the majority of our lives steering clear of it. Death of old age is perhaps the easiest and simplest way to kick the bucket but sometimes death has other plans… far more unusual plans.

There are countless grotesque and bizarre ways to die. However, some of our favorite weird deaths are have been collected below for your reading pleasure.

Rumor has it that this story is what led to the production of the film 30 Minutes or Less. Far gorier and less hilarious, Brian Wells, the local pizza delivery guy was caught mid bank robbery. However, he claimed that he was forced into doing it by the people whom he was delivering the pizza to. Of course, the police did not buy this story despite Wells’ insistence that he had a bomb attached to his neck in the shape of a necklace. It came as no surprise when it actually exploded, killing Brian Wells in the process.

Some people like David Grundman enjoy shooting cacti. While Grundman and his buddy were enjoying themselves shooting cacti in the desert, one specific cactus resulted in Grundman’s death. The 26-foot-tall cactus flew in the air after being shot and landed on Grundman, crushing him.

We have all heard of people trying to break records with weird acts. In the case of Hans Steininger, he has the world’s longest beard. Unfortunately, it was also what led to his death. When a fire sprung out in the town, Steininger was amongst the many to hurriedly retreat. However, he forgot to pick up his beard after him. He tripped on his own beard, falling awkwardly to break his neck.

While attempting to feed her sheep one day, Betty Stobbs loaded up hay on her motorbike and left to where the sheep were kept. However, as soon as she got there, things turned wild and the sheep ran after her in excitement. The flurry had her and the motorcycle knocked off of a canyon wall. The worst part is that she survived the fall but once the motorcycle landed on her head, she died instantly.

Clement Vallandingham was a lawyer representing a client who was involved in a possible homicide case in 1871. While being on trial for murder, the client’s lawyer was adamant that the victim had actually shot himself and was not shot at. In an attempt to prove his theory to the court, he decided to demonstrate the incidents. Sadly, Vallandingham forgot to check the gun’s chamber and ended up killing himself before the jury.

Homer and Langley Collyer suffered from a hoarding problem. Bona fide hoarders, their house was chock full of junk that they simply could not part with. Eventually, the junk piled up a little too high and buried them. Literally. The two were found dead under heaps of junk.

While sitting on top of a highly powerful swimming pool drain, Abigail Taylor experienced multiple internal organs partially sucked out of her body. Although surgeons replaced her pancreas and intstines with the help of donor organs, she died 9 months after the incident from a rare case of transplant-related cancer. Taylor was only 6 years of age.

While working in a Ford casting plant, Robert Williams experienced a traumatic death. Absentmindedly, he stepped into the line of fire to fix a faulty part of a robot. Almost instantly, one of the robot’s arms activated and smashed his head in. He died on the spot.

Bobby Leach was a daredevil who looked Death in the face multiple times. He was also the only second person in history to survive a fall from Niagara Falls in a barrel. It was obviously assumed that his stunts would get him killed someday. However, his death came from a broken leg when he slipped on an orange peel in the middle of the street. He passed away from complications in his treatment.

In 2003, at Christus St. Joseph Hospital in Houston, Texas, Dr. Hitoshi Christopher Nikaidoh died due to an elevator malfunctions. Witnesses state that as he stepped in, the doors shut, decapitating him on the spot. When investigated, it was revealed that the use of improper electrical wiring which was installed a few days ago by a maintenance company had cleverly bypassed safeguards of the elevator. This enabled it to move under any circumstances.

How do you reckon you will go out? If these odd deaths don’t seem to tickle your funny bone, perhaps you might reconsider falling down a canyon. Although not entirely horrifying, these 10 deaths are certainly far more bizarre than the usual.