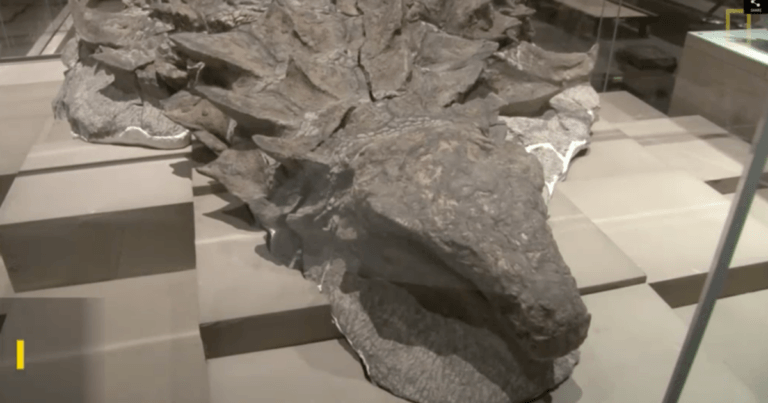 Some of the best things are often discovered by accident, and this is especially true for dinosaur remains. While many of the ones that we know about have been found because of extensive archaeological digs in areas we know that dinosaurs roamed, many more have been found on construction sites. This is the case with a preserved fossil found in Western Canada in 2011.

Despite being discovered almost a decade ago, recent tests have discovered the animal’s cause of death, among other aspects of its life. The remains were perfectly preserved thanks to the dinosaur’s thick, armored skin, which kept the majority of tissue from deteriorating. As a result, scientists have gotten a greater glimpse into the species’ lifestyle and diet than they did before.

In addition, they were able to confirm that the dinosaur remains date back approximately 110 million years. If accurate, this would be one of the oldest fully-intact dinosaur fossils to ever be discovered. The fossil was found on a construction site owned by the Suncor construction company. According to reports, the remains were dug up by mining equipment.

Surprisingly, when it was found, the remains were almost impossible to penetrate by the on-site equipment. It’s also worth noting that this is the largest fossil of the species, Nodosaur, to ever be found, especially in such a condition. One of the main reasons that this is the case is because the dinosaur was drowned when a nearby lake flooded.

In comparison, many other Nodosaur fossils had been killed and partially eaten by other dinosaurs. While the fossil’s armored shell is extremely difficult to penetrate now, much of that would be driven by fossilization, making increasingly tough. However, some dinosaurs would have found ways to hunt and kill the Nodosaur during its hey-day.

While it would have been difficult prey, it certainly would have been relatively easy for larger carnivores. Regardless, the dinosaur remains still come in at one of the more impressive discoveries in recent decades.