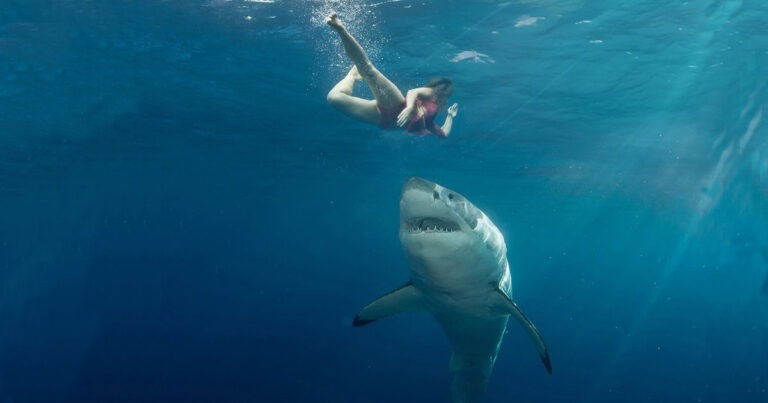 Australia has averaged around 16 shark attacks per year – according to finder.com – and while that has remained steady since 1988, the numbers could well be on the rise.

In the past five weeks alone, Australia’s east coast has witnessed five shark attacks which have sadly resulted in the death of three individuals.

Australian-natives were, of course, puzzled at the recent surge in shark attacks, and for those of you wondering, it may have finally been explained.

According to Marine biologist, Dr. Julian Pepperell, the vicious predators have been closely following whales due to the huge feeding they provide once they die.

The sharks tend to follow whales on their migration north in hopes of feeding off them when and if they die.

In an interview with ABC, Pepperell explained the reason behind the attacks.

This could result in a continuing increase in the white shark population and more attacks could follow if that is the case.

On Friday, a young 10-year-old boy was snatched from a boat and suffered wounds around his head, chest, and arms. He was rushed to North West Regional Hospital where he was treated. He remains in stable condition.

On Tuesday, Anika Craney was mauled by a shark, suffering substantial injuries to her legs.

The 29-year-old spoke of her traumatic encounter with the shark and expressed the fear she felt as she thought her life was going to be taken from her.

Watch a short video of the victim who is all-smiles after recovering from her injuries, below.

Unfortunately, Mani Hart-Deville was surfing at Wooli Beach when his legs were bitten by one of these apex predators. His bite wounds to both legs were incredibly deep and he sadly passed away at the scene.

We send our condolences to the young boy’s family.