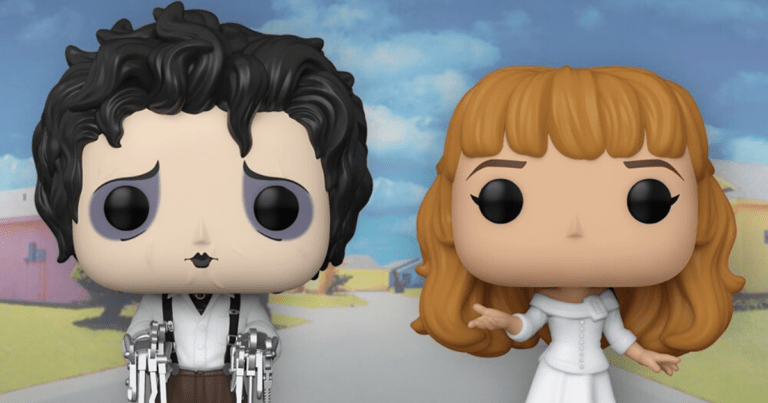 Edward Scissorhands was truly something.

From catapulting Johnny Depp’s career into bigger heights to being a trademark movie in many families’ Halloween-themed binge-watch evenings, there is no denying that this Tim Burton flick is rightfully deserved to be labeled as one of the G.O.A.T. (Greatest Of All Time).

Edward Scissorhands will be celebrating its 30th anniversary this December, so if you’re already planning your parties inspired by the movie months ahead, consider this exciting announcement from Funko your major news alert for the day.

Funko has revealed in their social media accounts that they will finally be releasing Edward Scissorhands Funko Pop Figures as part of their Funkoween line-up this year.

Not to be confused with the previous variant that is currently being sold featuring Edward dressed in his iconic leather suit from the movie’s opening, these Funko pops will feature four different figures of Edward in multiple costumes plus another one of Kim wearing a white dress, portrayed by Winona Ryder in the film.

The Edward Scissorhands Pops will be including almost every costume worn by the iconic character (played by Depp, no less) in the movie, plus a special figure featuring him and his Dinohedge.

The Funko Pops are now available for pre-order, priced at $8.78 each figure which you can browse here. If you have been itching to add another item to your Tim Burton collection, these Pops are a nice addition. They can be made as terrific presents as well this Christmas.

Or even better the Dino Hedge Deluxe Pop!

Aside from Edward Scissorhands, other pop figures announced by Funko for their Funkoween in May include Child’s Play 2, Killer Klowns From Outer Space, Zombieland, The Craft, The Haunted Mansion, Tim Burton’s The Nightmare Before Christmas, Hocus Pocus, Creepshow, The Corpse Bride, Marvel Zombies, and special Halloween themed Minions.

What are your thoughts on the Edward Scissorhands Funko Pop Figures? Share your reactions in the comments section below.