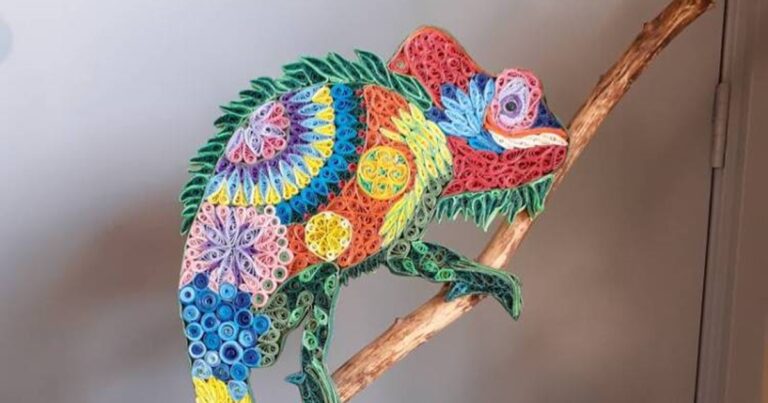 Paper art isn’t something that many people know about. However, it’s started to pick up ahead of steam in recent years, with more and more companies specializing in it. As a result, there have been quite a few unique and high-quality products released onto the market. Intuition Paper Art is one such company and specializes in paper animals and mosaics.

The result of the firm’s craft is much more interesting than many people may have imagined. Each piece is hand-crafted and looks incredibly unique, such as the company’s meerkats, which also look adorable. However, it’s the frogs that stand out much more than others, especially given how complicated the designs on their backs are.

What’s more, is that the paper animals and mosaics are made from environmentally-friendly paper. This should mean that any potential damage to the environment is minimal, with the paper being recyclable if it’s ever thrown out. Being hand-made, an extensive amount of time and effort is put into them. As much time as is put into the animals, it looks as though, this pales when compared to how long it takes to make the mosaics.

The main reason for this is that the mosaics are quite intricately designed. As a result, there’s a lot of effort that needs to be put into each. Alongside the mosaics, the paper animals can come in the form of either murals or wall hangings. This could give potential buyers plenty of options if they’re looking for some new home decorations.

Pieter and Evelien Ermers, the couple behind Intuition Paper Art, have shared quite a few images of their pieces online, as well as a few videos. As such, it’s worth taking a look at their Instagram account to have a look through some of the more complicated, and visually stunning, pieces.