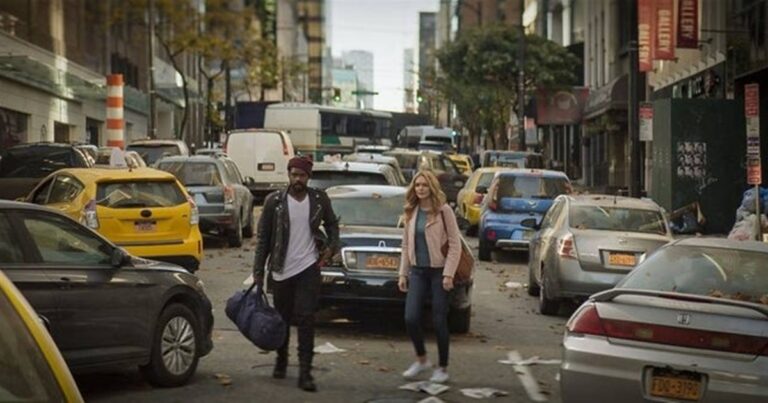 Stephen King’s The Stand may be more timely than ever, with the 1978 novel focusing on a group of people who survived a worldwide pandemic. With live-action versions of the author’s work being well received in recent years, it was natural that the book would be remade for screens at some point.

Now, CBS has released the first images of a television series based on the book, highlighting the main cast members while also showing off some of the scenery. The photos predominantly show off Whoopi Goldberg, Jovan Adepo, Heather Graham, and Alexander Skarsgard, among others.

Though there’s little in the way of scenic shots, the images do tease the overall atmosphere. With little left of humanity, the streets are left bare of full of empty cars. Because of recent real-life events, potential viewers of The Stand may have a lot to relate to. With some early adaptions of Stephen King’s work being somewhat hit or miss, however, fans of the author may still be somewhat skeptical.

Alongside images of the main cast in character, the CBS stills highlight what may be going on in the series. That being said, they leave more questions than answers, which may help to draw some viewers in. From the look of the pictures, the show aims to be grand in scale, which should be a positive sign, as some fans of the novel may have felt that the show would have a cramped feel.

Though Stephen King fans may still be slightly hesitant about the show, the photos may be enough to reel in their interest. In a synopsis of the show, CBS explains that, once the worldwide pandemic hits, survivors are left to either fend for themselves or band together.

The Stand is expected to be released later this year, although an exact release date has yet to be announced.