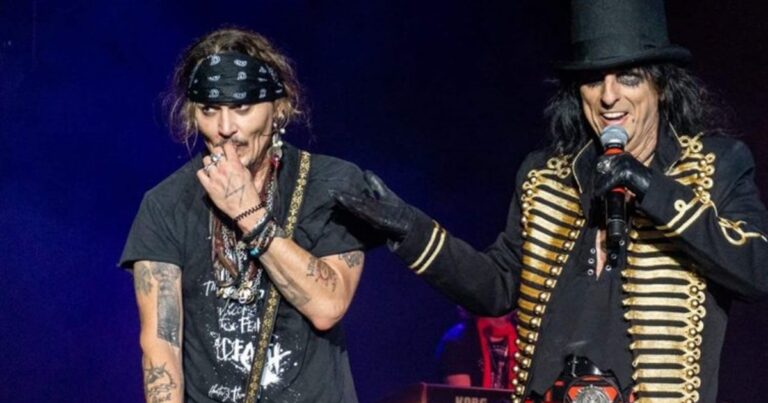 Over the past five decades, Alice Cooper has become an icon in the music industry, with fans spanning almost all genres. The musician, known for being a shock-rocker, made himself famous through a unique blend of heavy metal music and on-stage horror imagery. In many of his tours, he would use a working guillotine to simulate decapitating himself, albeit with a few slight modifications.

Throughout the decades, his star power continued to rise and he soon turned up in a range of films, television shows, and even video games. From Roadie to Wayne’s World and Freddy’s Dead: The Final Nightmare, the appearances were always memorable, regardless of how brief the cameos were.

One of the more recent of these was 2012’s Dark Shadows, where he quickly became friends with lead actor Johnny Depp. Following the movie, the two became closer and are the co-founders of Hollywood Vampires, a rock group that also boasts Guns ‘N’ Roses’ Duff McKagan and Matt Sorum, and Aerosmith’s Joe Perry, among others.

Though the supergroup has only released two albums to date, they’ve toured extensively, albeit with some slight restrictions, as all are involved in a wealth of other projects. However, Alice Cooper’s friendship with Johnny Depp continued to blossom, with the two always speaking highly of each other.

Based on that, it shouldn’t be a surprise that Cooper wants Depp to play him in a movie, should one ever be made. In an interview with Yahoo!, the 72-year-old shock rocker was asked if there was anyone he believed would portray him well in a film about his life. The immediate answer was Depp, with Cooper explaining that there were a few reasons for this.

Perhaps the most obvious, as Alice Cooper explained, was that Depp knows him so well that he shouldn’t have any problems imitating him. Given Depp’s unique style of acting and Cooper’s overall unique style, it’s hard to argue against it.