Freaked DISCOVER THE ART OF PUBLISHING
Home Horror Which American Horror Story Character Are You Based On Your Horoscope? 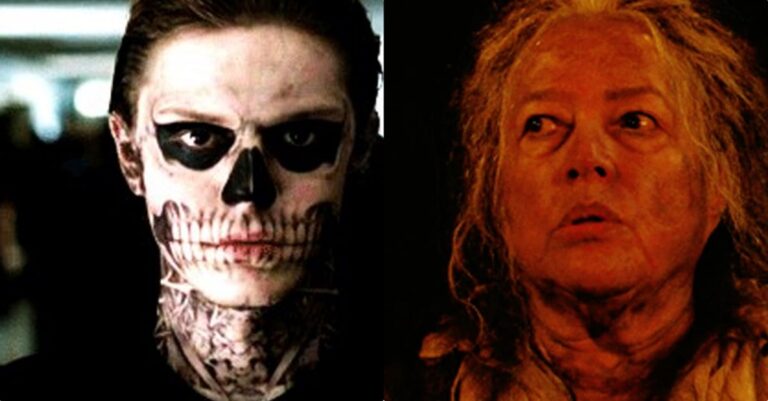 Regardless of how depraved the characters of American Horror Story may be, one cannot help but see himself fin them every once in a while. AHS has some choice characters that imprint themselves in memory. Some of them are so bad-ass that we wish we were them in real life. Based on your horoscope, this is your AHS zodiac twin.

Adventurous, arrogant and confrontational are the best words to describe you. You’re tenacious to the point of returning from the dead if your coven tries to kill you. Surprise b****!

Being independent is your strongest trait. You are also possessive and stubborn, making sure that those under you never overstep their authority.

Your personality is bound to hit extremes from amiable and friendly to suspicious and guarded in an instant. Pay close attention so the murderous side of you does not take over.

You are emotional and you are in dire need of some loving. Most people do not understand how big of a softy you are deep down.

The universe revolves around you. You always get what you want whenever you want and however. There are drastic consequences if anyone stands in the way.

You are practical and intelligent. With the skills to handle just about every situation, your observational skills are also very handy.

Character: The Countess, from Hotel

Your strongest suit is your romanticism. You can use it to the best of your advantages of all times whether it is to kill he innocent or win a lover’s heart.

Character: The Butcher, from Roanoke

Authoritative, power-hungry and manipulative, you will take your place in power however that may be. Punishment is one of the things that come easy to you.

Psychotic. You also have a massive capacity to love and your intelligence is admirable.

Despite being a shy introvert, you have impeccable patience as well as discipline. You are a force to be reckoned with.

You are a creative person with a free spirit. Nothing can hold you down and keep you from doing what your heart desires the most.

You may appear gruff and fearsome. However, you have a sensitive side to your empathetic and trustworthy personality.

Horoscopes and zodiac signs are a wonderful source of entertainment. Just make sure you do not take them too seriously or you could end up in serious trouble – like being locked up in a jail cell missing one hand.