Freaked DISCOVER THE ART OF PUBLISHING
Home Horror What Effect Does The Horror Genre Have On Children? 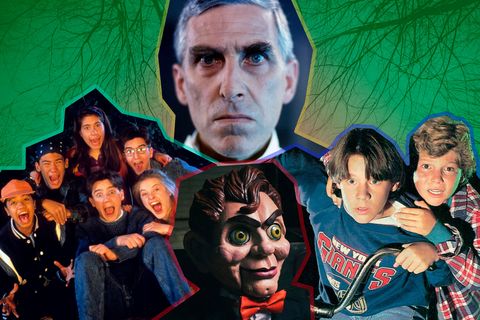 There have been a few infamous cases of children unexpectedly being exposed to horror in the cinema, for example when at a screening for Puss In Boots there was a trailer for The Devil Inside. Whilst the film itself only bears a 15 rating the trailer shows scenes of exorcism and possession as well as close ups of graphic scenes which are shot in a found-footage style.

Another case was when The Curse Of La Llorona was shown instead of a screening of Detective Pikachu, which in turn meant that the trailers which were tailored for a more mature audience were also previewed. The feature had children crying before the film had even began due to the nature of the advertisements.

Whereas both of these cases are of course pretty tragic and sympathy is felt towards both the children and the parents who were subjected to these screenings it does bring on the question of how younger audiences are introduced to horror in the media.

Horror can provide a great deal of catharsis when viewed in the right atmosphere, when more often than not whatever was creating the sense of terror or danger is vanquished.

Of course if a single traumatic scene is viewed by itself, images can stick in the minds of younger and older generations alike but with the resolve and relief that is also injected into most horror films the psychological effects are much more positive.

Horror can be used as a tool for growth, as seen in the classic example of this public information advert which alerted audiences to the dangers of deep water, focusing on younger audiences and voiced by the great Donald Pleasence who was also prolific in the horror community.

Images that stick with us in our youth are everywhere, even in shows that are specifically aimed at children. As a personal example looking back at Noddy in the 90s is somewhat of a horror show in itself, add on top of this things like Goosebumps, The Demon Headmaster, Grizzly Tales For Gruesome Kids and Are You Afraid Of The Dark which were designed to scare but were also directly marketed towards children and a horror narrative starts forming. With this combined with popular shows like Round The Twist adding unexpected horror episodes with traumatic scenes you can see how horror was part of a whole generations childhood.