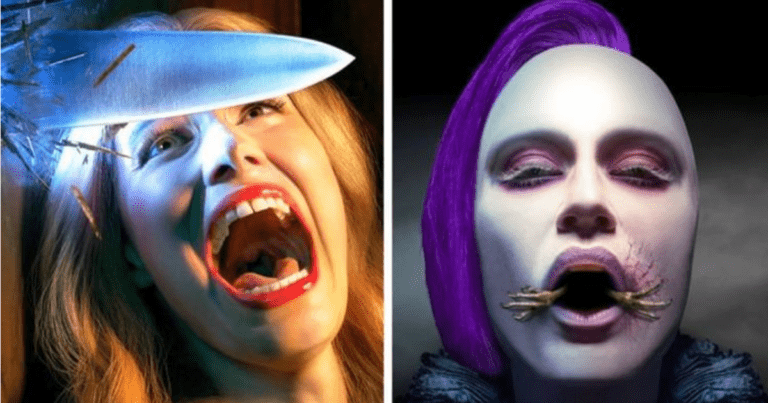 With every passing day, the world of American Horror Story continues to expand and add to its already enormous franchise.

Since late 2011, American Horror Story has been haunting our TV screens and has gone from strength to strength ever since.

AHS currently has 9 seasons and has already been renewed for a tenth, eleventh, twelfth, and thirteenth season! So everyone’s beloved creepy show won’t be going away anytime soon.

Today Ryan Murphy, creator of American Horror Story, has announced that a spinoff for the television series is on its way.

On the morning of Monday, May 11, Murphy posted a picture of an American Horror Story Zoom call on Instagram, which showcased many of the cast members reuniting once more during self-isolation.

The caption is what caught fans attention though, as Ryan Murphy revealed that work has begun on a project labelled “American Horror Stories”.

The spinoff is thought to be a mashup of short, one-hour stories that start and end within the same episode, opposed to a full season long story.

As of now, there’s no word on whether the upcoming project will air on FX along with the original series.

American Horror Story’s tenth season, which is the next installment for the franchise, was originally planned to drop sometime this fall, but, due to obvious reasons, they are highly likely to reschedule to a later date.

All you AHS fanatics now have further news to look forward to, and whether you’ve watched every episode and are itching for the series to resume, or you’re yet to delve into its weird and wonderful world, American Horror Stories filled with mini-movie type episodes could be just what you’re looking for.

How excited are you about the upcoming project, American Horror Stories? Will you be favoring the new series over the original? Make sure to let us know your thoughts in the comments.