Freaked DISCOVER THE ART OF PUBLISHING
Home Horror News The Abandoned Creepy Castle In Memphis With A Controversial Past Has Been Totally Transformed! 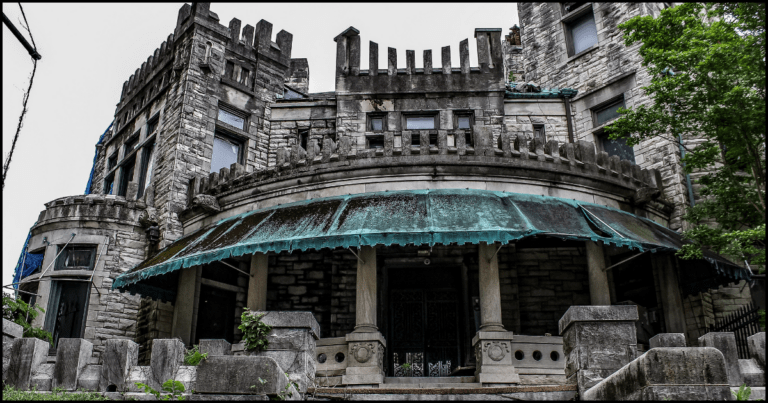 Prince Mongo’s Castle, or Ashlar Hall, is the result of Robert Brinkley Snowden who attended and graduated from Princeton in 1890 and decided to return to his hometown of Memphis to design and construct a masterpiece that would serve as his family’s estate.

Snowden, who was a notable real estate developer, eventually completed his vision for Ashlar Hall in 1896 and it was incredibly beautiful.

Unfortunately, Robert Brinkley Snowden passed away in 1942, and although Ashlar Hall was inherited by family members, maintenance was too demanding prompting the Snowden family to file an application with the city of Memphis in order to turn the home into a non-residential building.

Years later in the 1950s and 1960s, the castle was transformed into a restaurant. The front lawn was scrapped and turned into additional parking for guests, and the bedrooms were now dining rooms.

The bold and rather interesting millionaire, Robert “Prince Mongo” Hodges, purchased Ashlar Hall in 1990, and a lot of controversies followed.

The once majestic family home turned restaurant was converted into a nightclub and although that seemed innocent at first glance, the infamous club became known for serving alcohol to minors.

After leaving the nightclub, two teenagers lost their lives in a drunk driving incident just two years after Hodges’ purchase of the castle.

Much more mystery surrounds the abandoned castle and the fate of the once-beloved place remains unclear.

Although some beauty still remained, in 2016 the abandoned Ashlar Hall was a shadow of its former self, but what it lacked in class, it made up for it tenfold with its creepy aura.

In 2017 the castle was purchased by a Juan Montoya who brought the castle at a tax sale for the grand total of $59,000. He had a plan to totally refurbish the castle in 18 months and it has been completely transferred beyond belief!

Ashlar Hall was then converted into an immersive theatrical experience, check out this report from Wregg News, Channel 3.