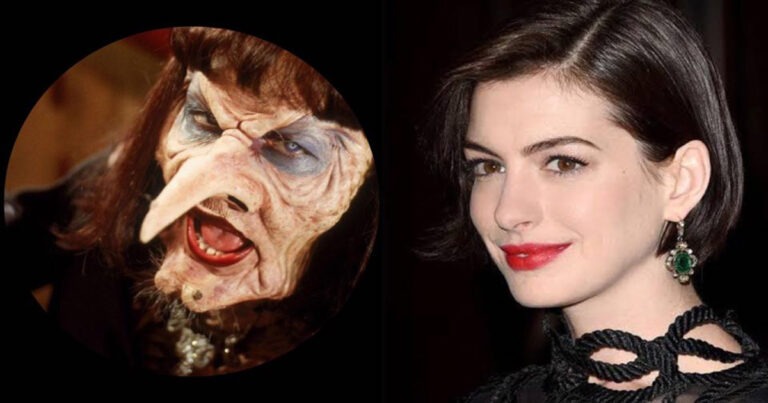 Announced last year, the remake of the cult-classic The Witches starring Anne Hathaway had been put on hold for quite some time. This was quite understandable, given that the movie industry had come to a standstill as a result of recent events. However, this has also meant that there hasn’t been much information released about the movie since its announcement.

That being said, there were some marketing materials developed for the film, although these were created with the belief that the film would be released this year. One such poster has made its way online, though it naturally appears somewhat out of date. While it shows the remake’s original release date of October 9, there’s a lot more to take on board.

This is primarily focused on the first glimpse of Anne Hathaway and other actors in-character. The poster, which you can see below, shows each of the characters in all of their slightly-campy glory. Fans of the original The Witches might be slightly disappointed, however, as there’s quite a noticeable lack of prosthetics and other makeup.

The original film had the titular witches looking grotesque. However, Hathaway and the other actors don’t appear to be wearing any form of makeup to make them look more witch-like. That being said, it could be possible that there’s some form of transformation during the film. This would make the characters look somewhat more similar to how they appeared in the original.

While the remake would naturally want to take the characters in a new direction, the poster makes it look as though the film is steering well clear of the original. That being said, Anne Hathaway and the rest of the cast all look amazing as the characters.

The Witches’ remake has been delayed as a result of current events. While many other delayed films have gotten new release dates recently, this hasn’t been the case yet here.