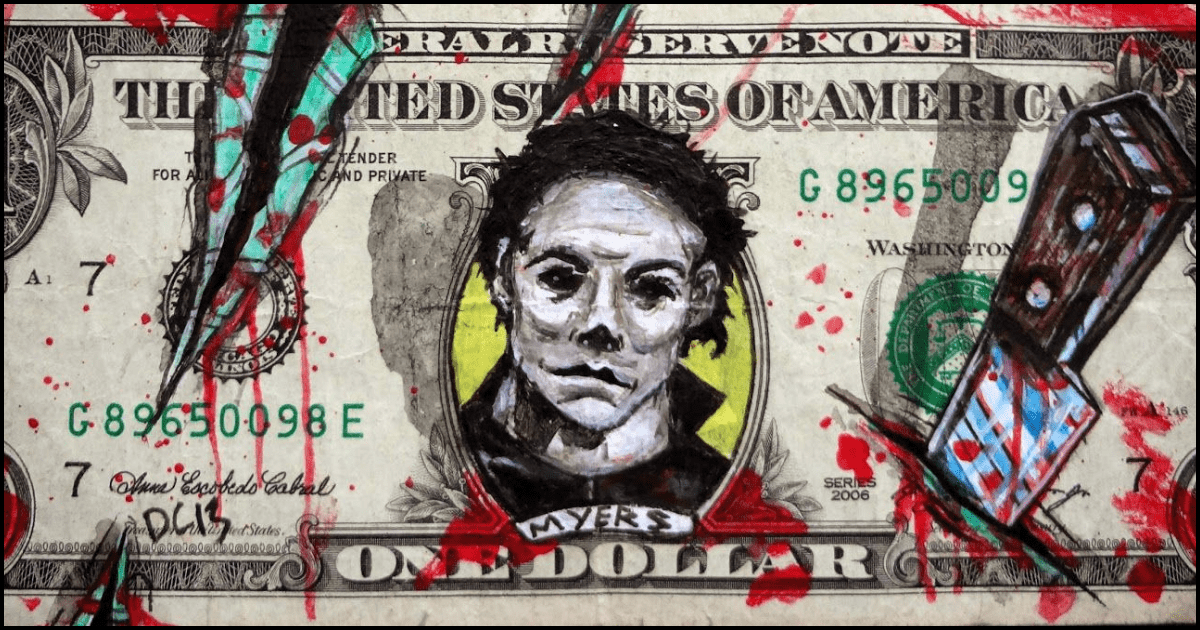 There’s nothing quite like finding low budget horror movies that stands up against the genre’s elite, overcoming the odds, and becoming a great watch.

They do so by managing to keep tensions running high and scare you just as much as, or in some cases even more than, the high budget horror movies.

While it doesn’t necessarily mean the movie is good quality, Return on investment (ROI) is what all moviemakers strive for regardless of how big their project is, and today, we are going to share ten horror movies that managed to rake in an enormous amount of profits despite having a much lower budget.

If you want to learn more about how much it costs to make a film, you can do so, HERE!

Unfriended follows a group of teenagers as they are stalked over social media by an unknown figure, which is thought to be a revenge act from a vicious bully who killed herself because of the teens one year prior.

Although Unfriended didn’t set the world on fire when it arrived in cinemas back in 2015, its appeal to teens around the globe ultimately made the horror flick incredibly successful.

From a small $1 million budget, the suspense-filled movie managed to earn $64.1 million at the box office and their return on investment stands at 6210%.

Two strangers wake up in a room with no recollection of how they ended up there but soon come to realize that they’re pawns in a sinister game put together by a notorious serial killer.

Despite failing to impress on a number of critics’ scores, the original Saw remains a real fan-favorite among the horror community. Its premise, along with the twist ending and eerie atmosphere throughout were three factors in the chilling movie’s success at the box office.

Having invested $1.2 million, Saw eventually went on to make an incredible $103.9 million return, giving the film an 8391% return on investment.

Set in Italy, a woman becomes heavily involved in unauthorized exorcisms in attempts to discover what really happened to her mother, who allegedly murdered three people during her own exorcism.

While The Devil Inside is said to be ‘a cheap, choppy unscary mess’ that features ‘one of the worst endings in recent memory’ – according to Rotten Tomatoes – it didn’t stop moviegoers intrigue from buying a ticket to see the disappointment.

Even though there were no brilliantly scheduled or interesting advertisements surrounding the movie, The Devil inside still managed to weather the storm from their audience’s backlash and took home $101.8 million off a $1 million budget – earning Paramount Pictures an astounding 9980% return on investment.

While visiting their grandfather’s grave, two siblings and their three friends are captured and terrorized by a family of cannibals and must do whatever it takes to escape from the sickening clutches of Leatherface and his family.

The Texas Chainsaw Massacre‘s nonstop suspense, unforgettable antagonist, and ability to expertly execute documentary-style camerawork made it an instant classic, and rightly so.

The film was banned in several countries which stunted the potential earnings, but in the end, that didn’t matter as the mere $300,000 spent on the movie saw it make $30.8 million, a 10,066% return on investment.

An unknown murderer begins killing a group of camp counselors as they attempt to reopen a summer camp which served as the site of the drowning of a child and a gruesome double murder years prior.

Even though 1980’s Friday the 13th never won any awards and is considered average by many critics, it is still believed to be one of the best horror movies of all time by some, and will forever hold a place in the heart of countless horror fans.

In what is seen as a masterpiece to those who are not critics, Friday the 13th made a 10,672% return on investment after pumping $550,000 into the movie and gaining $59.8 million at the box office.

Open Water is based on the true story of two scuba divers who unintentionally get stranded in waters overrun by sharks after their tour boat left them behind.

The shark horror attracted large audiences everywhere as it boasted a true story element to an already tense genre. What helped the film succeed was its set-up which made you believe you were stuck in the waters alongside the pair.

A young boy is sent to a mental hospital after murdering his sister on Halloween. 15-years later, he escapes and returns to his home town to terrorize the residents once again.

When referring to John Carpenter’s 1978 masterpiece, there are not enough positive words out there to describe the suspenseful, eerily engaging, and genuinely scary horror movie that is Halloween.

3. Night of the Living Dead

A group of misfits barricades themselves in a farmhouse in hopes of staying safe as an onslaught of flesh-eating monsters lays waste to the East Coast of the United States.

Laying the foundation for all successful zombie projects to come, Night of the Living Dead is a real fan-favorite among critics, and the movie managed to earn itself a respectable Metascore of 89 on Metacritic.

Despite its amateur cast and inexperienced director, Night of the Living Dead’s minor $114,000 budget eventually brought in $30 million at the box office, successfully making a 26,115% return on investment.

Three thrill-seeking film students disappear after traveling into a forest determined to investigate the local Blair Witch legend, leaving nothing but their footage behind.

Timing was everything for The Blair Witch Project, and as people started to become familiar with the internet, a marketing campaign explaining the situation of the movie quickly became viral and even the biggest skeptic’s attended their showing with doubts in their mind as to whether the events were real.

Katie and Micah become progressively troubled when they are the victim of a nightly demonic presence in their new suburban home.

Given its very little budget, Paranormal Activity does incredibly well to turn a regular haunted house story into a 1 hour, 26 minutes movie of utter suspense.

Normally, the top spot is fought out between two or three different options with one just edging the victory, but, this certainly isn’t the case for Paranormal Activity. Boasting a reported budget of just $15,000, the haunted movie acquired an outstanding $193.4 million, leaving it with a near-impossible return on investment of 1,289,133%.

Did we miss any out? Be sure to let us know your thoughts on the horror movies in the comments below.