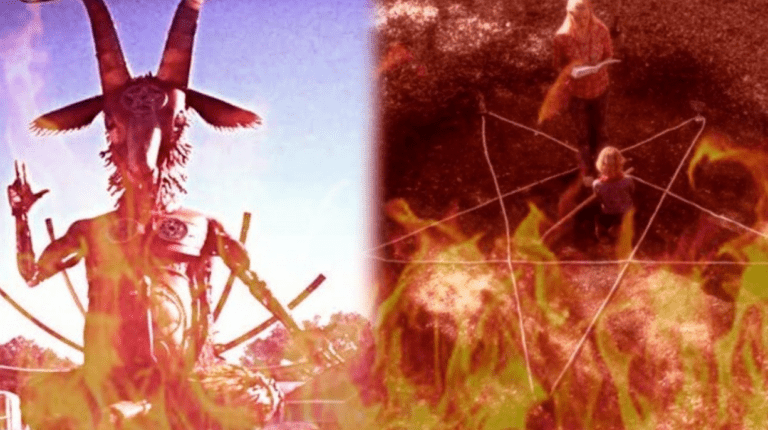 It’s not exactly a conventional way of promoting a movie, but for some, the idea that simply seeing the film might kill adds a mystique, a frisson of danger and turns what should be a terrifying idea into an attractive prospect. Apparently.

Antrum, billed as the ‘Deadliest Film Ever Made’ is a supposedly ‘cursed’ movie, which in a bit of anti-promotional plotting reminiscent of the videotape in Ringu, is allegedly responsible for (or at least conspicuously linked to) the deaths of 86 people, and now it’s finally being shown in cinemas for those brave or perhaps stupid enough to go see it.

The film apparently contains some form of message only evident to some viewers. Unfortunately, the ability to see that message is not a talent you want to be blessed with, as it is claimed that this ‘message’ means adios for those who see it.

Said to have been made in the 1970s, the film is rumoured to have had two disastrous previous showings in cinemas, with a fire in one killing scores and an explosion in the other taking out dozens. Quite the review.

However, despite boasting a premise which on paper also seems a little off kilter, the central plot idea being that children left devastated by the death of their pet decide to get to hell to rescue him, the film has received positive reviews from the few who claim to have seen it.

If you would like to join that exclusive club, you will need to add the cost of a flight to the admission fee as the film is only showing in Japan. Unless of course you already happen to be in Japan.

If you do manage to get there to see it, then do get in touch and let us know what you thought. We’d love to have your feedback and hopefully won’t need to use an Ouija board to get it.