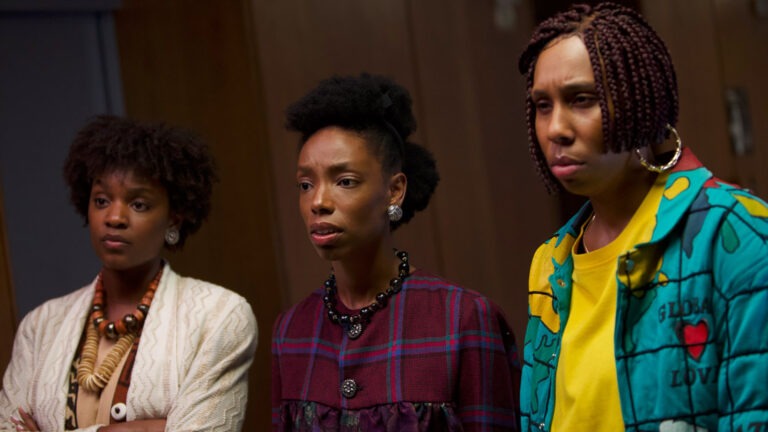 Sometimes, you hear a premise for a horror movie that just makes you smile.

Whether it’s because, upon hearing the idea, you know that it’s going to play out brilliantly on screen (Midsommar) or because it is so marvellously stupid that you wonder how anyone actually allowed it to get made, but are eternally thankful that they did (Killer Sofa).

Exactly which category ‘Dear White People’ writer/director Justin Simien’s new horror comedy film ‘Bad Hair’ falls into, is for you to decide. All I say is that I can’t wait to see it either way.

So, what’s the premise I here you ask? Well, the title pretty much says it all. Whereas some people might regard the phrase ‘killer weave’ as a compliment of their new style, or expect it to appear in an advertisement for a salon, this movie means it quite literally.

It’s a film about a ‘killer’ weave.

Set in the 1980s the film’s central idea is that the weave received by the protagonist, an ambitious but luckless young girl working for a TV network, is bloodthirsty.

However, the seemingly laughable B movie scenario may in itself be simply a facade, intended to lull the viewer into a false sense of security before they are hit by a deeper and altogether more unsettling undercurrent.

Speaking about the film director Simien  explained that his intention with the flick was to “interrogate a system that is obsessed with black culture but doesn’t give a f*** about black lives,” That certainly doesn’t exactly sound like the sell for your average B movie does it?

It turns out that the explanation for our heroine’s  ‘murderous mop’ is, ahem, ‘woven’ into a back story that exposes the ‘roots’ of the problem to embedded in the cruel and tyrannous actions of colonial powers as they subjugated other races and cultures.

The horrific hair and its less than friendly qualities being part of a centuries old act of resistance and retribution. Which you have to admit, adds a more satirical and indeed more interesting level of subtext to a film which, on the surface, appears to be a film about a fucking killer wig.

The film debuted at the Sundance Festival and has received very positive reviews so far. This may be one to look out for and whatever you do, don’t write it off as just a bad premise, or there will be hell ‘toupee’.