Freaked DISCOVER THE ART OF PUBLISHING
Home Horror News Freddy Krueger Almost Made An Appearance in ‘IT’ Chapter One. 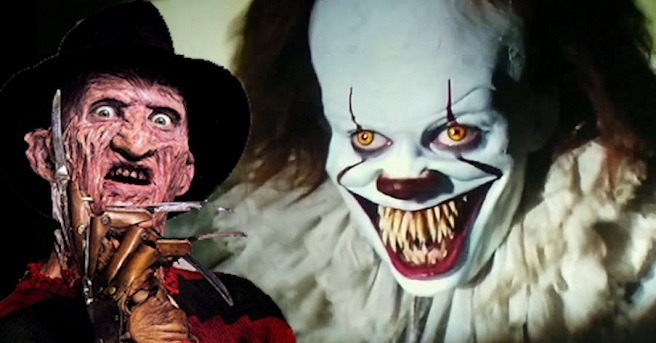 Yes you read that right. Director Andy Muschietti has confirmed that legendary horror character and star of the Nightmare on Elm Street films, Freddy Krueger was considered for a spot in the big screen version of Stephen King’s ‘IT’.

Whilst some of you might be screaming ‘I don’t remember that from the novel’, those who remember the book well, will realise that as strange as it sounds, a cameo from everyone’s favourite razor gloved fiend, wouldn’t have been out of place at all. In fact, it would have made perfect sense.

Far from being just a creepy clown, in King’s novel, IT is the embodiment of what scares you. In the novel, this means the creature manifesting itself as a multitude of childhood horrors including famous 50’s movie monsters that The Losers will have been scared of, from the Werewolf to Rodan.

With the more recent films switching the timeline of events to the 1980’s it would make perfect sense for a movie monster from that era to terrify the young heroes.

Muschietti revealed that he considered using Freddy, a character also owned by Warner Bros, as one of Pennywise’s many forms. There is even a Nightmare on Elm Street film listed as playing at the cinema in Derry in one scene, a clear nod that the films were showing and that the losers would probably have been aware of them.

Whilst this crossover never materialised, it is an interesting ‘could have been’ scenario and would have been an unusual but no doubt interesting outing for one of horror’s best loved icons.