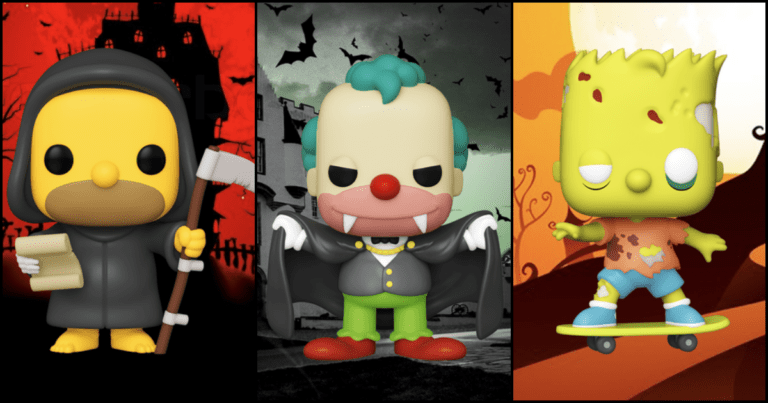 A completely new batch of The Simpsons “Treehouse of Horror” vinyl toys are planned for release this coming Halloween and the fresh collection is wickedly wonderful.

Including some of the most iconic Simpsons characters with a haunted twist, toys from Funko’s new selection would be a great addition to anybody’s Halloween later this year.

See the assortment of vinyl toys below.

Alongside death’s list and signature scythe, Reaper Homer will be leading his band of monstrous misfits this Halloween.

Skateboarding besides the two is the vinyl figure we never knew we needed – Zombie Bart.

The slightly greener skinned ‘Witch Marge‘ flying on her broomstick also joins the lineup this Halloween.

Ned’s evil has surfaced and the once kind-hearted Springfield resident is now showcasing his bad side, thus giving us the birth of Devil Flanders. 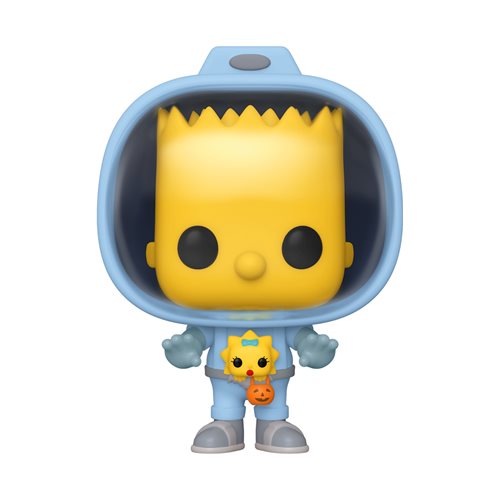 Bart with Chestburster Maggie will also be making an appearance this Halloween.

Although it’s rather mild, Homer Jack-in-the-Box is one of the more adorable Funko toys to collect this year.

As well as the fun new Treehouse of Horror vinyl toys – which you can pre-order through Entertainment Earth before their October release, HERE! – three exclusive figures will debut from Box Lunch, Game Stop, and Hot Topic.

Half-eaten donut-headed Homer, gamer Bart, and the Raven are the three new exclusive vinyl toys on their way this Halloween.

Finally, we have the awesome Itchy & Scratchy figure we ship next month.

Personally, my favorites from the new Funko toys have to be Vampire Krusty and donut-headed Homer.

Which ones do you prefer? Will you be adding one of these spooky vinyl toys to your shopping list this October? Be sure to let us know your thoughts and opinions in the comments below.