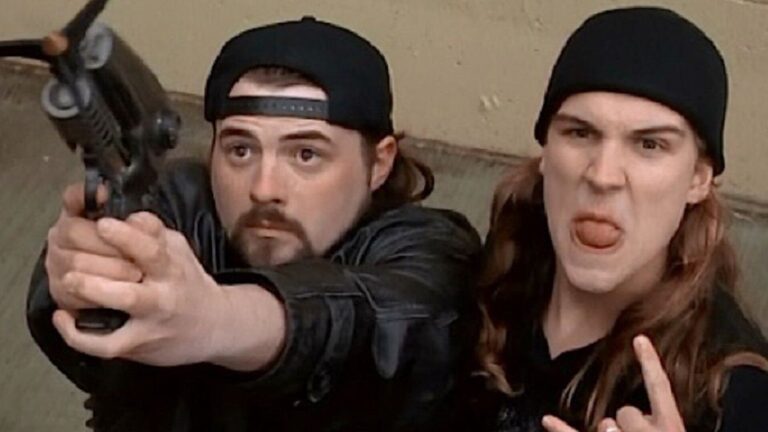 It’s no secret that a Mallrats sequel has been in development for quite some time, and ever since Mallrats showrunner Kevin Smith announced on Instagram late last year that he would be starting to pen the script for the currently titled Twilight Of The Mallrats, the hype has only been growing.

Just when we thought we couldn’t get any more excited, Smith has tweeted out a few details about the work in progress that certainly have us enticed.

Smith confirmed that Bruce Campbell would not only have a role to play but also would deliver a “show-stopping monologue”. It was also noted that Guardians Of The Galaxy and The Walking Dead superstar Michael Rooker has been written into the picture and that Rooker’s scenes would “tickle your funny bone while breaking your heart”.

In an isolation spurned writing spree, Smith said that he was on page 75 of the Twilight Of The Mallrats script and has also confirmed separately that he is working on the script for Clerks III.

After previous failed attempts to get the ball rolling on a Mallrats sequel, we definitely hope this one has enough traction to reach fans around the world, and based off of the success of the recent Jay and Silent Bob Reboot our hopes are high.

For those unfamiliar with the cult classic, Mallrats was a film centered on characters Brodie and T.S who head to the mall after being dumped by their girlfriends in an effort to disrupt a dating show in which T.S’s now ex-girlfriend is competing. Throughout the film there are many unforgettable interactions with people such as Jay and Silent Bob, clothing store manager Shannon (played by Ben Affleck), 3D challenged Willam (played by Ethan Suplee) and Stan Lee himself!

With the ever-expanding Clerks universe going from strength to strength, we will definitely be following Smith and the writing process for Twilight Of The Mallrats with great interest!