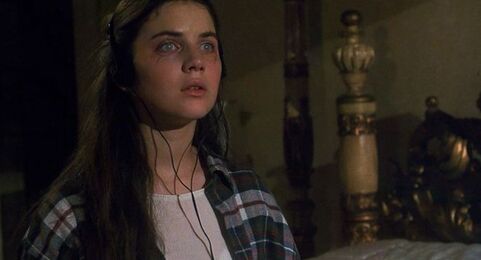 Since the sad news of Stuart Gordon’s passing, we have had time to reflect back on the works of the creator of titles such as Re-Animator and how they ultimately have changed the scene when it comes to horror throughout history. Gordon was never one to be known for pulling punches and the 1985 release of Castle Freak is definitely no exception to this rule.

The protagonists of the story (which is loosely based on Lovecraft’s short story The Outsider) are a couple and their blind daughter who go to Italy to stay in an ancient 12th-century castle that was left to them as an inheritance. It’s not all good news however as we are quickly introduced to an abused and hideously disfigured man with severe mental defects who have been left chained up in the basement.

This titular castle freak soon gets free and begins a terrifying, unsettlingly gory rampage that involves not only gruesome death but also torture, sexual assault, and dismemberment.

With that being said, here are a few reasons why you should give it a look if you have the stomach for it.

1. It is NOT for the faint of heart

A lot of people watch horror to test their boundaries as far as viewing experiences go, and there are a few select titles that are clearly designed to push the limits of filmgoers. Castle Freak could definitely be seen as one of these films. Stuart Gordon himself was known for never backing down from controversy, even once being arrested for obscenity at one of his plays.

This ‘never back down’ spirit is alive and well in Castle Freak which absolutely does not cut away from the intense gore which is created to disturb and upset, including a scene where the castle freak dismembers a prostitute with his teeth before sexually abusing her.

According to IMDB, the film was so graphic that it was blessed by the Vatican “for fears of the effect on its viewers” and the film was shunned from its original Halloween due to the risk of the controversy it would create if it were screened on such a popular date.

2. It was hideously authentic

When it comes to authenticity Castle Freak certainly does not disappoint. One of these labels of authenticity is the fact that the film was set on location in Italy. The castle itself where the film is shot was in fact owned by the head of the studio responsible for Castle Freak, President of Full Moon Pictures Charles Band.

But That’s not where the authenticity ends. It is said that genuine brain matter was used for the shooting of some of the scenes and that they had to quickly clean the gore from the walls of the castle before the owners returned.

3. It is getting a remake

According to multiple sources, the classic hidden gem that is Castle Freak is going to be remade! The original production studio is behind the reboot, and it will also feature Barbara Crampton, star of the original film. Crampton tweeted this out when the announcement was made for the remake back in June of last year.