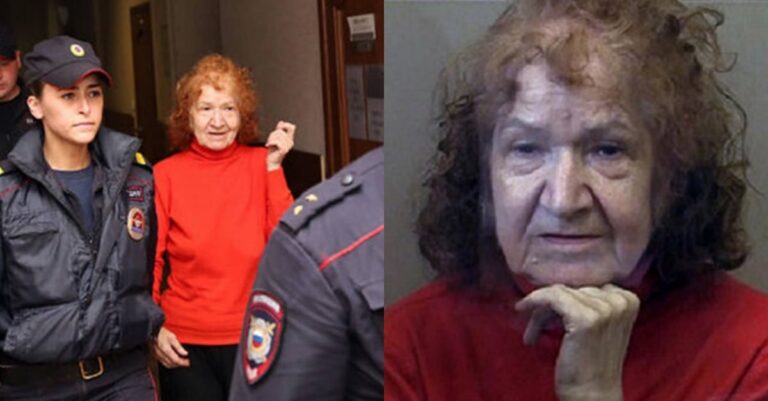 Grandmothers are never considered as a source of fear regardless of how odd they may be. However, Tamara Samsonova, a 68-year-old has transformed the outlook on how grandmothers are viewed.

According to the Daily Star, Samsonova, a Russian grandmother, was arrested earlier this week when CCTV footage emerged of her lugging her 79-year-old friend’s body parts in a plastic bag. Upon investigation, the rest of the murder victim’s body was found at a nearby pond. However, that was just the tip of the iceberg.

Once Samsonova’s flat was raided, police found a series of diaries which included details of more than 14 other murders. “ Grannybal Lecter ” a term coined by the media, chopped up and even consumed her victims after killing them.

Her disturbing diary entries even include details of her husband’s death who went missing in 2005. There are also details of the murder of a man whose remains were discovered more than a decade ago. At that time around, the 58-year-old woman was not a suspected person of interest.

In one entry Samsonova wrote, “I killed my tenant Volodya, cut him to pieces in the bathroom with a knife. Put the pieces of his body in plastic bags and threw them away.”

Samsonova has plead guilty to the crimes she has committed and claimed that she foresaw this day coming. She also added that her 79-year-old friend was the last of her cannibalistic murder ventures and that she wants the full degree of punishment for her deeds.

While addressing the judge she said, “You decide, your honour. I am guilty and I deserve a punishment.”

The CCTV video footage can be seen below: